Defending champions XIII del Ducato from Piacenza retained the FIRL Championship title after a convincing 54-11 win in the Serie A Grand Final against newly-formed Ariete Este from Padova.

Kelly Rolleston, coach of the north-west regional side which takes in XIII del Ducato, said, "Congratulations to Este who showed a lot of determination and heart. I am pleased with how we played and it was clear that our experience over the last two seasons was a big part of our success. It was nice to see some of the new players really stamp their mark, like Giacomo Alfonsi and Davide Rancati; we were pleased with the whole day and the chance to play at home in front of our supporters.â€

In round three, the Spartans Catania battled Gladiators for their r-Evolution Leagueâ€™s Southern Group match played in the Italian capital on June 16.

At "Tre Fontane di Romaâ€, the Sicilians had a tough trip via the motorway to reach the capital with a tough showdown expected against, the Italian Champions, Gladiators Roma!A win for either franchise would propel their teamâ€™s chances going into the finals, while those who lost still have assurance of collecting second place in the group and facing a more difficult semi-final berth. 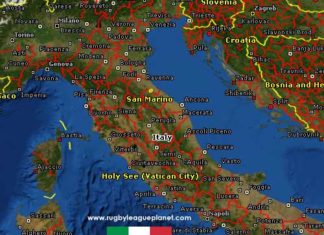