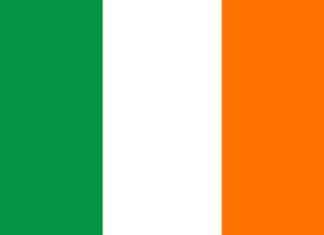 Ireland picked up their first win since 2009 when they saw off a valiant Scotland in a rain soaked Edinburgh to kick off the 2012 Alitalia European Cup.

Ireland have named a 30 man squad for their upcoming internationals against Scotland and England Knights in the 2012 Alitalia European Cup. The squad is missing some big name players like Pat Richards who featured in Ireland's 2008 Rugby League World Cup campaign in Australia.

Ireland are set to face England Knights and Scotland next month as part of the 2012 Alitalia European Cup.

In what was a nail biting affair under the hot sun in Ashbourne the Country Cowboys made history by securing their first ever All Ireland Championship with a 28-24 victory over the Ballynahinch Rabbitohs.

The day kicked off with the Portadown Pumas grabbing their first win of the year when they took out the Ballynahinch Bunnies to win the Trophy Final.

With the domestic season fast approaching its climax all three provinces saw massive take place in the race for the All Ireland Finals.

In Ulster the Ballynahinch Rabbitohs were given a set back in their quest for a fourth Ulster title in a row when they were handed a 64-36 defeat at the hands of the Belfast Bulldogs.

While in the second fixture of the day the Fermanagh Redskins ran out 66-0 winners over the Portadown Pumas who are still looking for their first points of the season.

This leaves the Belfast Bulldogs top of the table followed by the Maiden City Broncos and the Rabbitohs in third place which may not be enough for them to retain their title.

In Leinster there was also a change of league leader when both Ashbourne and Athboy knocking Portarlington off top spot. 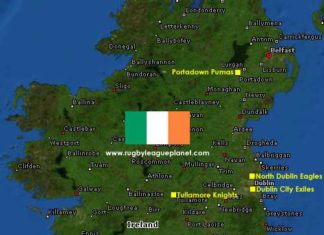 Top level domestic competition - Ireland's domestic rugby league competition has been running since 1997. Ireland currently have 6 teams playing in the Elite League. The competition runs from May through to August. Ireland also run a north and south conference which have 4 teams each. In 2009 histroy was made with the kickoff of a new Northern Ireland 4 team competition.