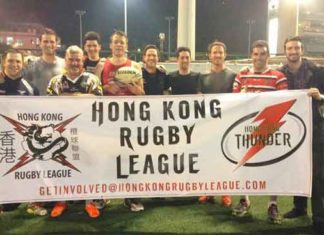 Hong Kong Rugby League's preparations for the largest festival of Rugby League in the region continues to build strongly with interest from the locals exceeding initial expectations.

The Festival will see the HKRL run it's first ever Nines and Mixed Tag Tournament as the league looks to establish an appetite for the code in the country.