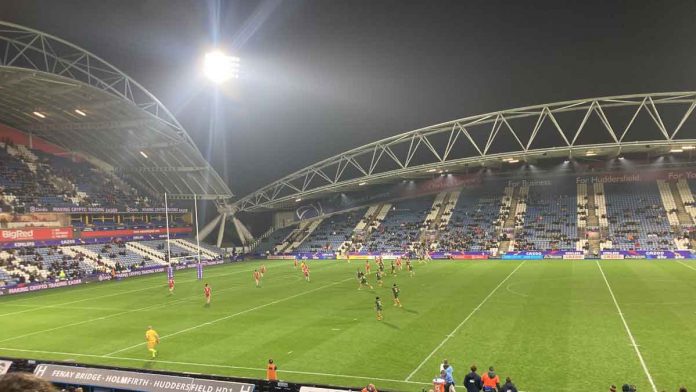 Australia have moved one step closer to retaining the World Cup trophy with a 48-4 hammering of Lebanon in Huddersfield.

The Kangaroos will now face either New Zealand or Fiji in the semi-finals after downing the Cedars in the quarter-finals at John Smith’s Stadium.

Josh Addo-Carr grabbed five tries in the win, after the Aussies had raced to a 30-0 first-half lead.

Addo-Carr got the ball rolling after just four minutes after a quick shift to the left.

James Tedesco then beat a few players up the middle, finding the winger with an offload for his second.

In the 23 minute, Latrell Mitchell used his speed to barge over and make it 18-0.

A great run from Angus Crichton set up Cam Murray for the next try.

Three minutes later, Murray had a brace after going through some poor defence in the middle.

Nathan Cleary converted the try to take it 30-0 at the break.

In the second half, Addo’-Carr’s fourth came after a series of fumbles by Lebanon at the back.

And then the Cedars sprung to life, Munster fumbling a Mitchell Moses kick and Josh Mansour diving on it to score.

The Lebanese were finally on the board.

In the 68th minute, Liam Martin got on the scoresheet after crashing through two defenders to make it 46-4.

Cleary converted capping off a convincing when for the Aussies in Huddersfield.