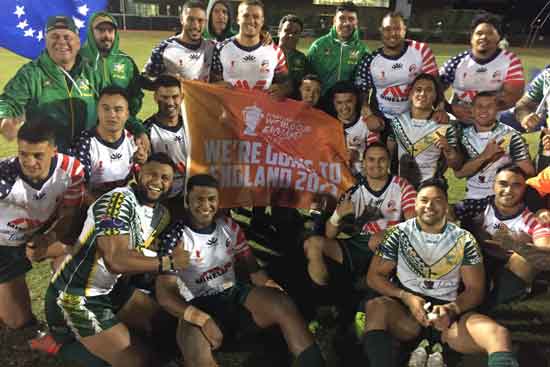 A place for the quarter-finals is up for grabs in the all-Pacific showdown between Papua New Guinea and the Cook Islands in Warrington.

The Kumuls were unlucky not to come away with a draw against Tonga in their tournament opener, and need to beat the Kukis to have any chance to progress.

But the Cook Islands know they can secure a place of their own in the knockout stages by besting PNG, even with Tonga left to come, after they knocked off Wales in Leigh.

Papua New Guinea will have to do it without Xavier Coates and Edene Gebbie, as both have been ruled out of the World Cup with injuries.

The Kumuls will again rely on their electric hooker Edwin Ipape, and craft playmaker Lachlan Lam.

The two Leigh Centurions players were in great touch against Tonga.

With hard-hitting Justin Olam and Alex Johnston in the backline, this is a side with serious firepower.

They also boast skipper Rhyse Martin, who is in electric, record-breaking form as a goalkicker.

The Cook Islands will be without Steven Marsters, who injured himself in the win over Wales.

However, they still have a talented squad to draw from, including his brother Esan, Anthony Gelling, Brad Takairangi and Zane Tetevano.

The Cooks have a squad filled with NRL and Super League-experienced players.

Both of these countries have rugby league as their national sport, so this clash at the Halliwell Jones Stadium is bound to set pulses racing.

The Kumuls and the Kukis have played five times in the past, with Papua New Guinea winning all five matches.