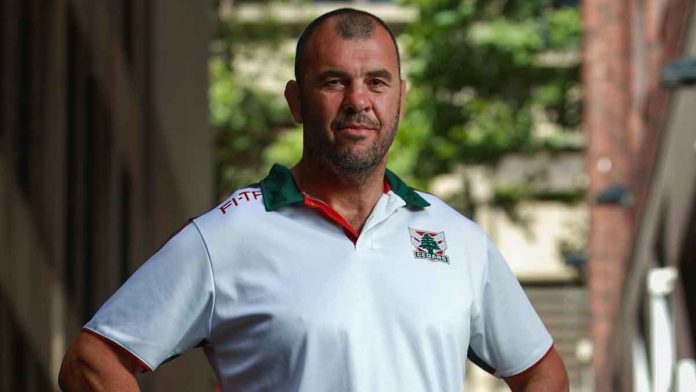 Lebanon has kept its quarterfinal hopes alive with a 32-14 win against Ireland in a sometimes fiery match in Group C at #RLWC2021.

The Cedars outscored the Wolfhounds by five tries to three in Leigh on Sunday to move level with the Irish at 1-1 in the preliminary rounds.

Lebanon’s captain and five-eighth Mitchell Moses, who plies his trade with the Parramatta Eels in the NRL, was named Man-of-the-Match for his efforts in controlling play and converting four of their tries, as well as adding two penalty goals.

“Desperate times for us after our upset loss against the Kiwis, but really proud of our efforts,” he said after the match. “It was a good turnaround.

“We knew they’d want to try to get us in a little bit of a dogfight. I thought we didn’t take a backward step and we took it to them, and it showed on the scoreboard.”

The Lebanese were the more disciplined team, while on the other side of the ball, Ireland made a string of errors and gave up 11 penalties. The Cedars also stole the ball in the tackle a number of times.

Tensions spilled over into some pushing and shoving at times during proceedings, and right before the half, each team had a player sin-binned after repeated warnings by the referee to get on with the game.

Moses got things started for the Cedars with his first penalty goal in the 15th minute and that was followed by converted tries to right centre Reece Robinson, fullback Jacob Kiraz and left centre Brandon Morkos, to put Lebanon ahead 20-0.

The Irish finally got on the board in the 36th minute when winger Louis Senior scored in the corner to make it 20-4 at halftime.

Ireland was first to score in the second half with Senior getting his second four-pointer of the game seven minutes in. That try was converted by centre and goalkicker Ed Chamberlain to give the Wolfhounds some hope of clawing their way back into the match.

However, Lebanon squashed that brief hope with two more tries by prop Elie El Zakhem and wing Abbas Miski. Moses converted El Zakhem’s score but missed on the next attempt to extend the Cedars’ lead to 30-10 inside the last quarter.

In the 69th minute, Ireland’s loose forward Liam Byrne was binned for a high shot leaving his team to see out the last ten minutes of the match with 12 men.

A few minutes later, Lebanon’s Kiraz left the game with concussion after copping an accidental knee in the head in a tackle.

Ireland had the final say when Chamberlain scored a try out wide with three minutes left on the clock, but by then they had well and truly run out of time.

“I think you clearly saw two teams that were nervous about playing in a big game, a very important game,” he said afterwards. “I think we stuck to our fundamentals pretty well.

“Wasn’t too happy that we lost our heads a little bit. I thought Ireland would come out and try and rough us up a little bit, but we lost a bit of our way there and that’s when we made some mistakes. But all in all, I’m really pleased.”

On the other hand, Ireland head coach Ged Corcoran said he was disappointed with the end result and his team only had itself to blame.

“Simple errors and stupid mistakes cost us dearly. Emotion is a funny thing in life isn’t it and the boys let the emotion get ahold of them and it caused a bit of brain fog.”

In the final Group C preliminary matches next weekend, Lebanon will have a chance to qualify for the quarterfinals if they can beat Jamaica, while Ireland will need to upset the odds against New Zealand to have any chance of making the playoffs.