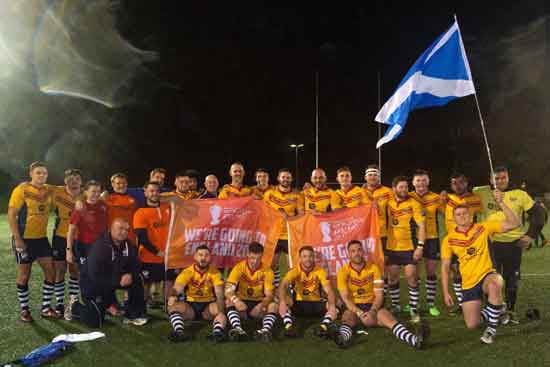 Australia will look to continue their perfect record while Scotland will be out for a maiden victory when the two nations clash in Coventry in Group B on Friday night.

The Kangaroos started their World Cup defence in the right manner with a convincing 42-8 victory over Fiji on Saturday.

It was their first game since 2019 and, despite a slow start, they saw out the match impressively. They now face Scotland, a country they have never lost to and are expected to rotate their squad for this encounter.

The Scots went down 28-4 to Italy in Newcastle on Sunday in a disappointing tournament opener. With the green and gold and the Fijians still to come for Nathan Graham’s side, it is a difficult time ahead.

The Bravehearts will have prop Dale Ferguson available after he was only cautioned for other contrary behaviour against Italy.

Players that didn’t feature for Australia against the Bati, such as Matty Burton, Lindsay Collins, Liam Martin, Campbell Graham and Nathan Cleary, will surely get a run against Scotland.

Burton and Cleary, the former Penrith teammates, will likely feature in the halves together.

South Sydney centre Graham could have starred for the Scots at this World Cup, but his selection by Mal Meninga has seen him elect for the Kangaroos instead.

Regardless of the team the world champions put out, it will be an impressive outfit and will surely be too strong for the European nation.

Scotland did not win a game at the last World Cup and will be hoping to avoid the same fate in 2022.

But with only a handful of Super League players in their ranks and just one NRL player, in Euan Aitken, it is a huge ask for the Bravehearts to compete with Australia.

The last time the two nations met was in 2016 in the Four Nations. On that day in Hull, the Kangaroos ran out comfortable 54-12 winners.

That Scotland side six years had Lachlan Coote, Danny Brough, Lewis Tierney, Luke Douglas and Danny Addy in it, but all now are either injured or retired.

This time the two countries will do battle in Coventry, at the Coventry Building Society Arena.