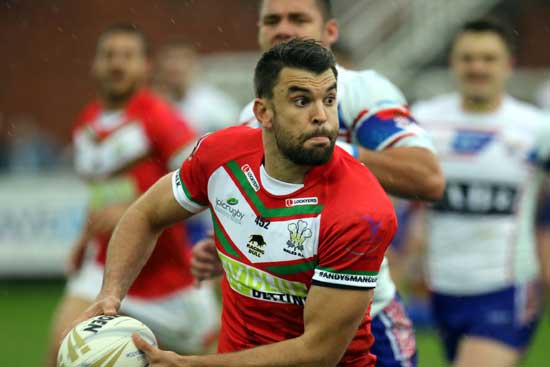 Wales and Cook Islands will do battle in the second game of Group D at St Helens on Wednesday night.

Wales head into the World Cup bracing for what could be a very difficult tournament. Missing a number of long-standing regulars, such as Gil Dudson and Regan Grace, as well as a handful of NRL players, means it will be tough going indeed for the Dragons.

John Kear has been unable to call up Newcastle Knights duo Tyson Frizell and Bradman Best, the two Australians who would have added some real star power/

Remarkably, the European nation will field three sets of brothers in this competition. Rhys is joined by brother Ben, who became the first twins to represent Wales in a World Cup in 2013, but the squad also features Connor Davies and Curtis Davies, and Antipodean pair James Olds and Ollie Olds.

While the family connection will be strong, with no NRL players to call on and just two Super League players to field, Williams and Wakefield’s Kyle Evans, it is likely not to be enough.

Wales have a great history in World Cups, and made the semi-finals in both 1995 and 2000. But the Welsh have struggled since, not qualifying for the 2008 tournament, and then losing all of their games in both 2013 and 2017.

Five years ago they were battered 50-6 by the Kumuls, 72-6 by Fiji and 34-6 by Ireland, and failed to win single match. Cricket scores may be in store at this World Cup once more, barring a miracle.

The Cook Islands are back in the World Cup after a nine-year absence and hoping to make a better impact this time round. The Kuki’s have only ever qualified for two tournaments, in 2000 and 2013, and back in 2013 they managed just a solitary victory over Wales in Neath.

This time they will want to repeat the feat against the Dragons and try and also match the giants that are the Mate Ma’a and the Kumuls. Considering the country has a population of less than 20,000, and a land mass of just 230 square kilometres, it is remarkable the Pacific nation is able to even field a team at all.

The Cook Islands depend on their New Zealand and Australian diaspora for their talent, and their head coach is one of the greats in the 1980s and 1990s, both down under and in England, in the form of Tony Iro.

Under Iro’s leadership they qualified for this World Cup after beating South Africa and the United States in 2019.

At this tournament he will coach his nephew Kayal, son of his brother Kevin. Kayal is on the books of Cronulla and will be a key figure in his uncle’s side.

With that kind of pack they won’t be short on yardage or physicality. Former Hull KR and Parramatta utility Brad Takairangi will provide the spark and invention on the edges, while Featherstone’s Jonathan Ford will add some direction around the field.

They also have the Marsters cousins, Esan and Steven, to call on and Anthony Gelling as well. The ex-Wigan, Warrington and Warriors centre retired from international rugby league after the mid-season Test with Samoa, but has decided to don on the boots for the Kuki’s once more.

Esan Marsters made his name with Wests Tigers and North Queensland Cowboys, but will turn out for Huddersfield in 2023.

With Melbourne Storm’s Tepai Moeroa and the Eels’ Makahesi Makatoa also in the 24-man squad, this is not a national team short on talent, size or ability and will certainly pose problems for the Welsh at the Totally Wicked Stadium.