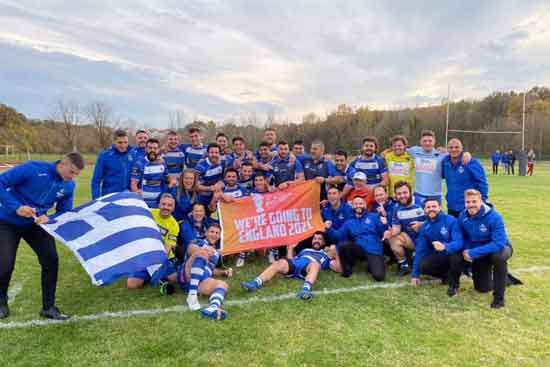 Playing in their first-ever World Cup, the Greeks take on experienced campaigners France in south Yorkshire in the second match of Group A.

The Titans qualified for the tournament through the European playoffs and are coached by North Queensland Cowboys assistant Steve Georgallis.

The French have played in every World Cup since 1954 but are bidding to win at least one group in this tournament after failing to win a match in 2017.

For the first time France have been able to name a fully-professional squad, relying on players from both the Dragons and Toulouse.

However, they enter the tournament without their injured talisman and halfback Theo Fages.

Former Tonga international Samisoni Langi has been named in the France squad, along with Ben Garcia, Morgan Escare and Benjamin Jullien.

The likes of Tony Gigot, Arthur Mourgue and Cesar Rouge will provide creativity for the French. Les Chanticleers are currently ranked ninth in the world, two places above Greece, who they have never played before in a competitive match.

With the next World Cup in 2025 to be hosted by France, they will be desperate for a breakthrough victory.

They also have experience with Nick Flocas from the Ipswich Jets, Jake Kambos from Wests Magpies and Nick Mougios and Chaise Robinson from Souths.

A mixture of players from the NRL, the lower leagues of Australia, the Championship, League 1 and the Greek league, the Titans are to shock out of the sport’s traditional powers.