The Jacksonville Axemen are now the only undefeated team after four rounds of play in the USA Rugby League (USARL) South Conference.

The past national champions were on the road Saturday to face off against the defending champs Tampa Mayhem and went home with a 16-8 win under their belt.

Tampa led 8-0 at halftime behind a try by centre Josh Raqio, which was converted by five-eighth Peter Garlando, who also kicked a penalty goal later in the half.

The Axemen then hit their straps to dominate proceedings in the second forty.

Their tries were scored by hooker Mason McCrory, fullback David Washington and winger James Williams. Five-eighth Luke Findlay added the points after on two of them.

“Lots of good contact and I’m looking forward to the next game against them at home.”

From Tampa’s perspective, again it was a tale of two halves as has been the case in previous games this season.

“It was a hard-fought game from both sides,” says Mayhem head coach David Ulch. “Each team started well and went back and forth, showing some defensive skill.

“We were able to punch a try through and get into the half 8-0. Second half, we had a difficult time getting the ball back and made a few mistakes on and off the ball that we need to improve on over the next several weeks as we look forward to the rematch up in Jacksonville.”

The result moved the Axemen to a 3-0 record, while it was the Mayhem’s first loss of the 2022 season and dropped them to 2-1.

The Southwest Florida Copperheads and South Florida Speed had byes.

In the women’s division, the Tampa Mischief flipped the tables by scoring a comprehensive 42-10 victory over the Jax Axe women’s team in the earlier game. 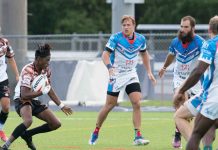 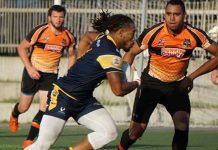 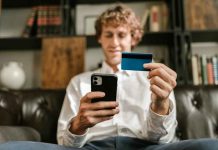