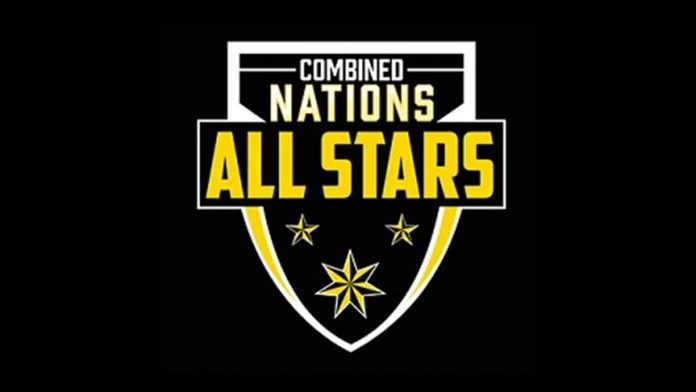 Ellery Hanley MBE today announces a squad of 29 players who are currently in his plans following his appointment as Head Coach of the Combined Nations All Stars team who will face England in a Mid-Season International at Warrington’s Halliwell Jones Stadium on Saturday June 18.

Hanley, the Rugby League legend who has succeeded Tim Sheens as the All Stars coach following their successful debut fixture against England last summer, has spoken to all of the players, and declared himself “overwhelmed and so impressed” by the level of excitement and enthusiasm ahead of the fixture.

The list has a strong Polynesian flavour, with nine players of Samoan heritage and six from the latest Rugby League powerhouse of Tonga.

The Tongan influence is especially appropriate following the announcement that both England and the All Stars will wear Tonga-inspired jerseys for the match to raise funds for the relief fund following January’s devastating volcanic eruption and tsunami (further details below).

David Fifita and Kelepi Tanginoa of Wakefield Trinity, Samisoni Langi of Catalans Dragons, Tui Lolohea of Huddersfield Giants, and the Hull FC pair of Manu Ma’u and Chris Satae have all been included in Hanley’s initial 29.

The All Stars game has been identified by England coach Shaun Wane as a crucial part of his preparations for this autumn’s World Cup – and the strong Samoan presence in the All Stars squad underlines that, with England facing Samoa in the opening game of RLWC2021 at St James’s Park in Newcastle on Saturday October 15.

Other players named by Hanley who are hoping to play in the World Cup include Hull’s Joe Lovodua (Fiji), the Leeds Rhinos forward Rhys Martin (Papua New Guinea), Catalans Dragons captain Ben Garcia (France) and two players eligible for England, but who also qualify for other nations – Jake Connor of Hull FC, who played in the inaugural All Stars fixture last summer representing his family’s Trinidadian heritage, and the Wakefield Trinity wing Tom Johnstone, who was born in Germany when his father was serving in a Scottish army regiment.

Hull KR’s Shaun Kenny-Dowall is one of a number of players in the squad who have represented New Zealand, and a five-strong Australian contingent includes two players with State of Origin experience in Matt Prior and Mitchell Pearce, as well as the Wigan Warriors flier and former Australian Schoolboys representative Jai Field.

Andre Savelio, the Hull FC forward who was born in New Zealand and who relished the experience of representing the All Stars in 2021, would also have been included had he not suffered a serious injury over the Easter weekend.

“I’ve spoken to every one of these players personally because I think that’s the way to do things correctly, and I have been overwhelmed and so impressed by the way they have responded.

“It was important for me to talk through the values and qualities I am expecting from them, and the message I got back from them was that they are ready to go – and so proud to have the chance to be involved.

“I also want to make it clear that the door is still open for other players to force their way in between now and June – we know there are going to be injuries, as we have already seen, and hence the reason for naming this large squad, which we will reduce as we get nearer to the match.

“It’s also important for fans and players to recognise the framework we’ve been given to work with, in that no more than six players will be selected for the match from any one Super League club. Some people will raise eyebrows and ask why we haven’t included any of the brilliant St Helens players – for example I’d have loved to include Sione Mata’utia in our squad alongside his brother Peter.

“But we have to recognise that a lot of St Helens players are very important to Shaun Wane’s plans for England this year, so it was more sensible for us to look to other clubs across the Super League.”