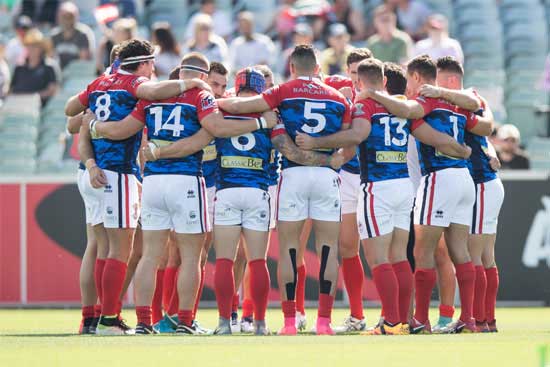 The defining question when the Rugby League World Cup returns to France for the first time in over 50 years for the 2025 edition could surround the host nation.

France is in a period of rugby league renaissance. After being a genuine contender to Australia, New Zealand and Great Britain during the sport’s formative years at international level, making two of the first three finals, France haven’t finished in the top four since they did it in 1992.

Since then, they have missed the semi-finals of every single World Cup, and seemed to reach rock bottom during the last edition in 2017, which was hosted by Australia, New Zealand and Papua New Guinea, with the Aussies eventually taking out the tournament in a low-scoring 6-0 final over England.

It was a tournament that saw France lose all three of their group stage games, going down 29-18 to Lebanon, 52-6 to Australia (both in Canberra) and 36-6 to England in Perth. But they are undergoing a period where the sport is beginning to fly again in the country, and there is little doubt that hosting the World Cup will only help that.

Their history means there will be significant value to be found though, and bonus bets could be the way to go if you want to take a punt on the Frenchman at the 2025 World Cup.

2022 will mark the first time France have two teams in the Super League. Long-time success story the Catalan Dragons almost took out the Super League last year, eventually being downed by the St Helens Saints in the grand final, while Toulouse Olympique will join the club in the competition this year, having won the promotion battle.

That in itself is a strong moment for French rugby league, increasing the number of spots for the nation’s players to continue developing, but the improvement of their own domestic competition has been noticeable too, with James Maloney and Nathan Peats the headline acts this season, which is only lifting the standards and no doubt improving players behind closed doors.

That all bodes exceptionally well for the French who will also now have a goal to build for the tournament.

Whether they are able to compete with the likes of Australia, New Zealand, England or even some of the rapidly improving pacific island nations including Tonga, Fiji and Papua New Guinea remains to be seen, but a home tournament, a goal to work towards and improving domestic scene will remain France’s best chance to crack the semi-finals of this tournament in well over two decades.