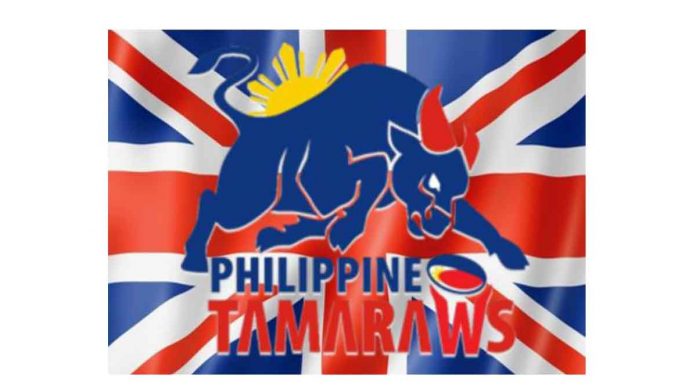 Pambansang Ragbi Liga Ng Pilipinas are excited to announce their presence in the UK setting up their first committee in the land of the angles. Since establishing a PNRL New Zealand Committee partnering with Auckland based rugby league team United Eagles, Pambansang Ragbi Liga Ng Pilipinas have steamed rolled ahead with their initiatives to further expand their rugby league presences across the seas.

Leading the committee will be senior Tamaraw representatives Michael and Judd Greenhalgh. Michael who recently signed for the London Broncos for 2022, and Judd who currently plays for London based rugby league club “Skolars” will be tasked to build a strong Philippine heritage player base for the Philippine National Rugby League team. The two are joined by fellow Filipino rugby league colleague Raffy Zappia who brings a wealth of knowledge in the game and organisational skills to the committee.

Pambansang Ragbi Liga Ng Pilipinas board are extremely excited about this initiative which allows the organisation to establish a national presence from England and build a strong national squad ready to deploy across Europe to participate in rugby league events and test matches throughout the summer. With over 75k Filipino nationals in the UK, the PNRL will aim to reach out and connect with the Filipino community groups, and bring exciting, attractive games which they can support. Discussions are already in place with a European member nation for a test match in 2022 which will be very exciting.

The PNRL will participate in two rugby league events as part of our yearly schedule to ensure players maintain (on top of their club commitments) the level of skill expected from them at an international level, this also gives the UK players every chance to be selected to represent their heritage nation.

“This is a fantastic opportunity for our European based Philippine heritage rugby league players to represent their heritage country of the Philippines and create history by being part of the first official Philippine Rugby League team to play in Europe.” – President Reynaldo Nery.

The PNRL will be organising training and trials in England over the next 4 months as part of our Player Identification Clinics. If you are a rugby player of Filipino heritage living in the UK or greater Europe, email play@pnrl.org for more details on our Player Identification Clinics. This is your chance to represent the Philippines as part of the national rugby league team.