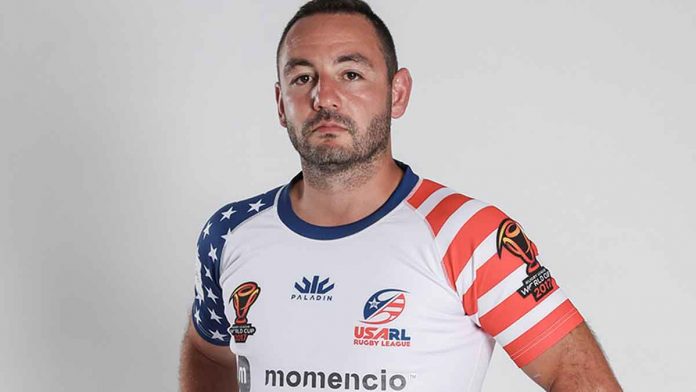 In massive news in rugby league in the United States, the New York RLFC has announced that it is no longer part of the fledgling North American Rugby League (NARL).

“The NARL have done nothing but lie and make false promises and made us all look like idiots,” New York Freedom CEO Mark Offerdahl told Rugby League Planet.

In a statement released on Monday, November 22, the NARL announced new plans to start up a competition in the US in 2022. It said six teams would play matches in the New York City area between May and September and the cities represented would include Atlanta, Cleveland, New York, Toronto and Washington DC.

The league’s statement said after 2022, it planned to expand to six more cities and set up a women’s competition.

Back in March, the NARL announced that it would be starting a 14-team competition in the US and Canada this past spring. At the time, it said that each team would be paid US$300,000 between April 2021 and January 2022. That was a total of US$4.2 million to fund the league. It is understood that most, if not all, of the teams got the first installment of about US$24,000.

However, Freedom principal CJ Cortalano said that’s where things started to go off the rails. He said in the case of their club, while they did eventually get the initial payment, it was far from a seamless process.

“It was late and then there were subsequent funding issues along the line and there just seemed to be a lot of excuses as to why things could never go forward,” he said. “As an organisation, they were never able to offer a solution.

“We were working with an organisation that didn’t fulfil one promise, so we had to take a long, hard, look in the mirror and decided it was better for us to part ways and look to do something different. From the outset, there were red flags, and we were aware of the reputations that came with some of the parties involved.”

The NARL’s plans to kick-start a competition this year were eventually scuttled by a combination of financial setbacks and the pandemic.

As for the NARL’s stated plan to have another team in New York in 2022, Cortalano questions that assertion.

“It’s delusional to think that another team will just pop up,” he said. “The reality is that anybody who gets into bed with them is probably going to be disappointed.”

Two of the other teams named as being part of the NARL competition said they did not share Freedom’s take and that they would be sticking with the NARL.

“We do not plan on pulling out,” said Ryan Burroughs of the Washington Cavalry RLFC.

Those sentiments were echoed by the Atlanta Rhinos.

“2022 is looking bright for another try at making this work and as of now, it looks like the best opportunity for us to play rugby league next year,” said team owner Nick Newlin. “New York chose to end their relationship with the NARL based on business decisions and we wish them the best going forward, especially in keeping a rugby league presence up in New York and the NYC area.

“The NARL isn’t perfect, but no startup is, especially in the rugby league environment, but we are standing by their plans for success in 2022 currently.”

As for what the Freedom club plans to do going forward, those plans are in their early stages.

“One thing that is happening in the background, which is a silver lining in all of this, is that Mark Offerdahl has been heavily involved in working on a solution that will be a lot more sustainable for rugby league in this country,” said Cortalano.

“He’s working with some very influential people. We have some good traction, good leadership that we’re developing. We’re starting it where it needs to be started from at a club level, not smoke and mirror dreams of people playing professionally. We’re looking at players and regions specifically to develop rugby league.”

Cortalano said it will take some time and a lot of hard work for it to come to fruition, but they are prepared to put in the effort.

While not being specific about their plans, he said they could look at either starting up a separate competition or dissolving a current competition with a restructure. However, he said one thing that is certain is that Freedom will not consider joining the USA Rugby League (USARL).