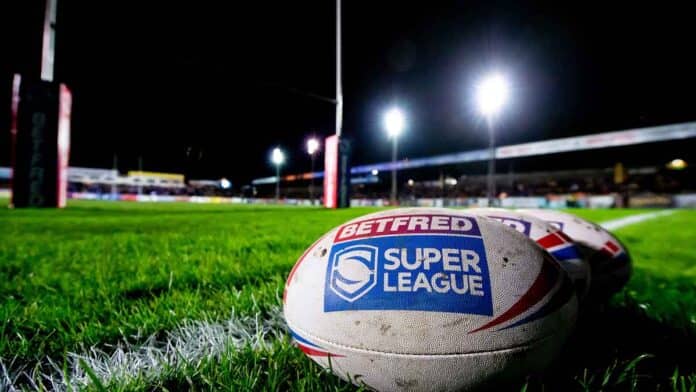 The rugby league’s domestic season came to a close in the northern hemisphere in the weekend, graced by big matches. The matches included the Super League Grand Final for men and women and the promotion play-offs in the Championship and League 1. Up to this point, the wheat was already separated from the chaff as top-rated teams clashed in the finals.

As rugby fans got ready for the weekend action, betting fans were also busy with their analysis as they looked at rugby league odds before placing their wagers. So, how did this big weekend turn out? Read on to find out.

Kevin Naiqama scored the first try for St Helens. However, James Maloney’s two penalties helped the Catalans stay within touching distance at 6-4. After that, Mike McMeeken touched down for the Catalans. Naiqama ensured he ended his Saints career on a high with the winning try.

In attendance were about 1000 Catalans who had travelled from France to witness their team play their maiden Grand Final. However, they left the event heartbroken as the Saints used their big-game experience to win the match 10-12.

This might have been a more straightforward match for the rugby betting fans to wager on. Many rugby league odds were in favour of the Saints mainly because of their big-game experience. The Catalans were hoping to upset the odds, but they will live to fight another day.

Workington overcame Doncaster 36-12 in the League 1 promotion final. It was an unfortunate ending for Doncaster, who had fought hard to reach the finals. In their run-up to the final, they had won three consecutive do-or-die play-offs. On the other hand, Workington had an easier run of things. Their higher ranking.

Tries from Brown, Fitzsimmons, Forber, Henson, O’Brien, and Holroyd and conversions by Forber ensured Workington secured the win. Doncaster scored tries through Johnson and Green smith, and conversions from Beharrell were not enough to help them secure the win. Many commentators had opined that Doncaster would upset the league table, but it was not to be.

Fans were expecting a tight match, but the Saints simply overpowered Leeds. The Saints have been rampant throughout the season, and the odds were in their favour. Moreover, the team’s “woman of steel” rose to the occasion to help her team win. They became the fourth side after Bradford, Wigan, and Leeds to win rugby Women’s Super League title. Leeds were the defending champions.

Toulouse Olympique hammered Featherstone Rovers 34-12 to earn promotion to the Super League. This also meant that they became the second French team in the Super League for 2022. Rovers already had a daunting task in their hands as they were already 16-0 down at half-time.

Two second-half tries by Brett Ferres and John Davies only served as a consolation as they were not enough to help Featherstone stage a comeback. Toulouse’s Mathieu Jussaume, Latrell Schaumkel, Harrison Hansen, and Jonathon Ford scored tries to help their team earn the promotion.

The win capped a real breakthrough season for the French League. The win came after the Catalans Dragons won the Super League Leaders’ shield and came within touching distance of the Grand Final against St. Helens.

Mark Kheirallah kicked four penalties and three conversions to put in an individual brilliant performance with a 14-point contribution. After the win, Toulouse became the 24th club to be allowed into the Super League.

The match was played before a passionate crowd of more than 9000 fans. After the match, Toulouse coach Sylvain Houles claimed he was lost for words. He also hailed the boys who have had an outstanding season.

On the other hand, Featherstone Rovers head coach claimed that Toulouse were outstanding in the first 20 minutes. However, he also reiterated that his team had no excuse, and their 2022 challenge will be to eye promotion again.

The Rovers coach also hoped that Toulouse would recruit more French players to help develop the sport in France. Rovers will have tough competition next year from the likes of Leigh as they take another shot at promotion.