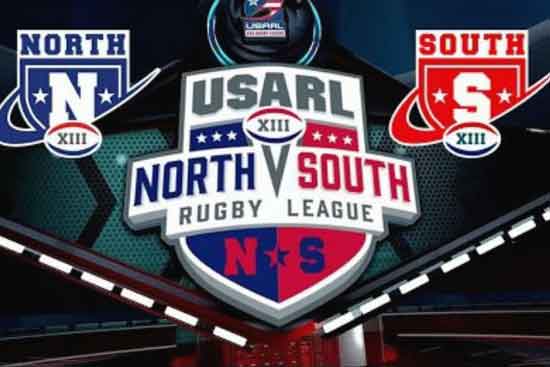 Match fitness is being cited as one of the main factors in the final outcome of the 2021 USA Rugby League (USARL) All-Stars game.

The South Conference kept its unbeaten run against the North Conference intact with a 52-24 victory last Saturday in Wilmington, Delaware.

The South led 20-6 at halftime, but the North fought back hard and took a 24-20 lead into the third quarter. Then with about 20 minutes left, the South edged in front 26-24 and from there it was all one-way traffic through to full-time. The South scored four more times to clinch the win.

North Conference coach, Liam Mulhall says in the end, fatigue got the better of his side.

“In the last 15 minutes you could tell match fitness was a key factor,” Mulhall said. “It was always in the South’s favor to have a strong team. Their match fitness shone through in the last 20 minutes and our fatigue showed.

“Most of the South guys had an extra four games. So that’s four games of match fitness that the North didn’t have. Match fitness is by far the best simulation you can have and it’s not even a debate.

“It’s not that they were more skillful, it was just that our fuel metre ran out. If we would have had the same amount of fitness, it would have been a different story.”

The USARL’s North Conference domestic season was thrown into disarray when the North American Rugby League (NARL), a breakaway competition, announced that it planned to stage its inaugural season this past spring. Following that announcement, several USARL teams defected leaving just two teams, Delaware Black Foxes and Philadelphia Fight, having to scramble to find games.

None of the NARL teams would agree to play them, so they ended up playing rugby union, sevens and tens just to get some matches in, while the South’s domestic season was unaffected.

North Conference captain Ian Ferguson says a lack of meaningful game time was clearly detrimental to the North’s cause.

“It was a lack of form and cohesiveness that you need, and I think it caught up with us,” he said.

“We stormed back and took the lead, but they made a couple of quick plays and after that, we tried to regain our form but unfortunately by the time we were able to do that it was too late.”

South Conference coach Sean Rutgerson was magnanimous in victory, saying he was really happy the North was able to put up a good fight.

“We got off to a good start and I think some of the South guys thought it would be a walk in the park, but a few errors and penalties and the North got some momentum and belief and turned it around and very nearly got us.

“Our guys hung in there and got a few more tries and got away with it. Well done to the North being severely depleted, congratulations to those guys that played.

“I will review the video and definitely take this into consideration before making my selections for the next (USA) Hawks game.”

The South Conference has won every North versus South game played since 2015, apart from 2017 and 2020 when the match was cancelled.