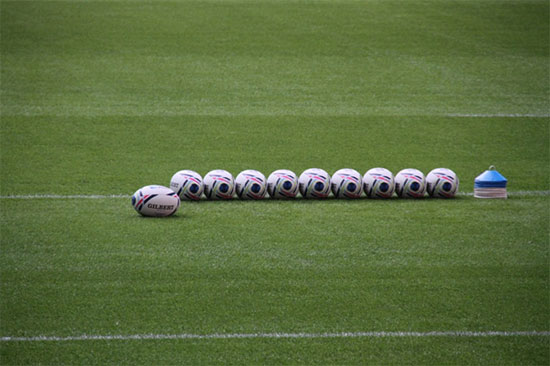 Travel to and from New Zealand, as well as a minimum of five days of rest before the first games, are all included in the 43-day frame.

There were six games scheduled for each matchday in the original calendar, but there will be three on Saturdays and Sundays.

There is time before the tournament kicks off, and you can visit Spin Casino New Zealand for amazing games to keep you occupied, and to win money. Spin Casino is the most trusted online gambling platform in New Zealand, and among the top brands in the world.

The “challenging Covid landscape” was identified by World Rugby in March as the reason for the postponement of the women’s elite competition, which was initially slated for September this year.

The original schedule had issues like pool stage games starting at the same time, including on the first day when England’s match against Fiji was scheduled to begin at the same time as Wales’ match.

Games have been rescheduled as a result of the tournament being postponed a year due to Covid-19, and England’s opener will not be played concurrently with Wales first match.

Scotland and Ireland are still vying for a spot in the women’s final.

England’s match against France has been moved up to become their second game following the new changes.

The tournament will begin on Saturday, October 8, 2022, with South Africa hosting France at Eden Park, followed by England’s match against Fiji at the same venue.

The hosts and five-time champions New Zealand will face Australia in the final match of the first day at Eden Park.

Pushing the tournament further into the spring was a good idea as there will be warmer weather and more daylight hours for games. New Zealand is known for harsh winters, which could have been a massive challenge for players coming from contrasting climates.

Preliminary pool matches will take place on the weekends of October 8-9, 15-16, and 22-23, before the quarter-finals on October 29-30, then both semi-finals will be played on November 5.

Eden Park in Auckland, the Northlands Events Centre in Whangarei, and Waitakere Stadium are among the venues for matches.

The final will still be held at Eden Park on Saturday, November 12th, making it the first venue to host both a men’s and a women’s Rugby World Cup final.

Former New Zealand international, and appointee to the Rugby World Cup board Melodie Robinson said: “While it’s disappointing that the 2021 tournament had to be postponed, the positive is that we’ve been able to ensure the 2022 event and subsequent Rugby World Cups will have a minimum five-day turnaround for players.

“Just like the men’s tournament, this will hopefully help to level the playing field for all sides and see an increase in competitive matches.”