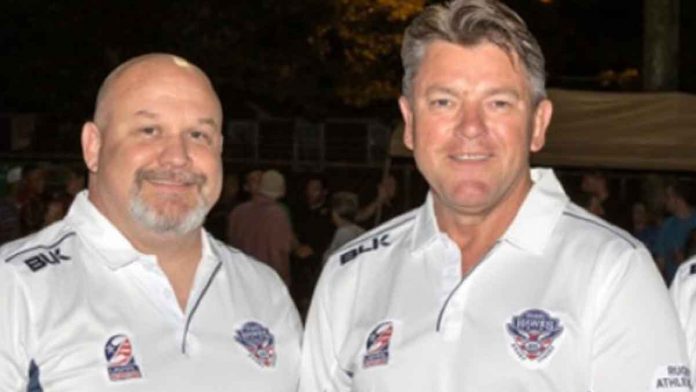 The national governing body that oversees rugby league’s domestic clubs competition in the United States has cited the need to open a dialogue with the new kids on the block as a way of trying to reach some kind of compromise on the future of the game in America.

The North American Rugby League (NARL) announced at the end of March that it intends to run an independent 14-team competition in the US and Canada.

USA Rugby League (USARL) LLC chairman Danny Hanson is firmly of the opinion that opening discussions is the most practical approach to take with the new boys.

“I never saw anything formally from the NARL talking about ‘hey, we’d like to start this competition in the United States,’” Hanson said in an interview with Rugby League Planet.

“There’s been rumblings and folks have said communications were sent, but I personally never saw any of that.”

The NARL has penciled in its debut season to run from June through September, which will compete directly with that of USARL. Four teams that were part of the USARL competition have made the switch to the new league, reducing the number of clubs remaining in the USARL to eight.

So, does the USARL see the NARL as a direct challenge and/or threat to its competition? Hanson says there are two ways to answer that question.

“In a way yes, and in a way no,” he said. “I see it as trying to grow the game in the United States. I see it also as direct competition to us. We’ve lost four teams and now we’ve got to shuffle our schedule, we’ve got to figure everything out again.

“So, we knuckled under and just said okay, we’ll think of what we’ve got. We’ve figured out some solutions and we’re still working on some other things. Maybe we’ll do a couple of Magic Weekends where we’ll get all the clubs to come to a neutral area and play to try to get more competition.

“What I would like to see is everyone come to the table. There’s a lot of hurt feelings right now, a lot of bruised egos. The best thing for us to do is to sit down together and try to hammer this thing out.

“Both sides are going to have to give and take. If they don’t, if we stay divided, rugby league in the United States will fail.”

On the NARL’s side of the coin, one of its teams, the New York Freedom made a splash this past week by announcing a major signing and its new name.

The team has announced former Australia and Tonga international and New South Wales State of Origin player Tony Williams as its first flagship signing. Freedom says Williams’ salary, which hasn’t been disclosed, along with those of the other players will be paid with revenue raised through sponsorship.

It is understood that the NARL will apply this same business model to all of its teams, yet its website currently offers no information on the league’s partners. That page was taken down on the same day in March that it announced its arrival. RLP understands that the league will formally outline its sponsorship structure in the near future.

Freedom is the result of a merger between former USARL club White Plains Wombats and the New York Rugby League franchise that had been trying unsuccessfully since 2017 to be admitted to the RFL.

USA Hawks captain Mark Offerdahl is the CEO and player/coach. He says they wanted to pick a name that didn’t involve animals or aggressiveness often used by sporting teams, so they opted for something with a positive feel.

Like fellow ex-USARL North Conference teams Boston 13s and Brooklyn Kings, Freedom sees the new league as providing a means to an end.

“We joined the NARL because we felt this is the best situation for us,” Freedom principal and coach CJ Cortalano told RLP. “And we are excited about the potential opportunity to grow the sport.”

As mentioned above, four former USARL clubs have defected to the NARL, including most recently the Atlanta Rhinos from the South Conference. Atlanta originally indicated that it would field two teams, one in each league, but that plan has since fallen through.

The Rhinos will compete only in the new league and team owner/player Nick Newlin says there’s a reason for that.

“Our plan was always to have a team in both the new NARL and also the USARL,” Newlin told RLP. “However, after the first three weeks of operations we have decided it’s in our best interest to concentrate on one team based on resources available, funds, logistics and recruitment.”

USARL chairman Hanson says he believes a dialogue between USARL and NARL is the best way to avoid a repeat of what American rugby league went through ten years ago.

In 2011, a number of teams broke away from the then NGB, American National Rugby League (AMNRL), to form the USARL. The AMNRL eventually folded.

It now remains to be seen whether there will be discussions between the USARL and NARL, or whether the game is facing another major rupture in this country.