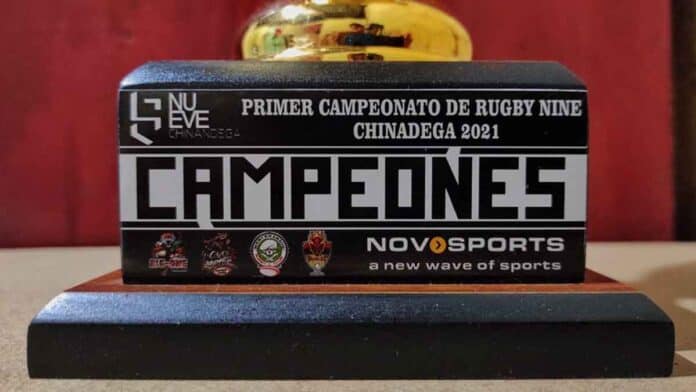 Nines land in Central America for the first time on Sunday and worldwide supporters of the movement have donated the inaugural trophy.

Four teams will contest the Chinandega Nines at San Carlos Sports Fields – a historic moment for a version of rugby league which has already been enjoyed by almost 4000 participants this year.

Today, organisers unveiled the NovoSports Cup, donated by events company NovoSports and by members of the public who support patreon.com/rugbyleaguenines.

The spectacular gold trophy, topped with a silver angel, will be retained forever by the winning team as a memento of a historic event.

Rugby league has only been played in the country of 6.5 million for two years, with four teams currently contesting the national 13-a-side championship, the Campeonato Superior de Rugby League.

Although Super League is yet to start and the NRL has played just a round and a half, Nines tournaments have already been held in Rarotonga, Nadi, Accra (Ghana), Simbu (Papua New Guinea), Bangalore, Christchurch, Agisa (PNG), Sao Lourenco (Brazil), Sydney, Perth and Adelaide.

WRL domestic leagues are back – bigger than ever before