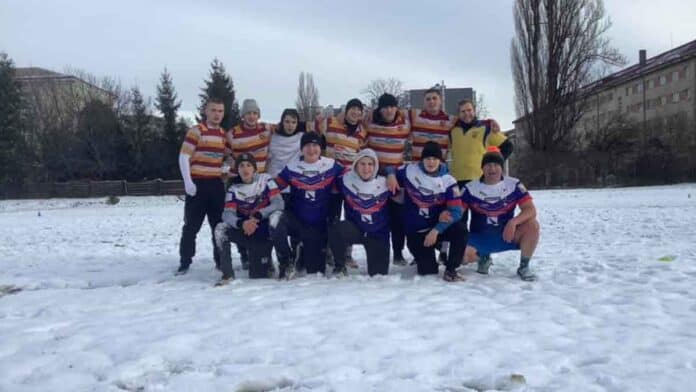 With Covid-19 restrictions lifting in the Ukraine, the Super League season is set to restart on 27 March, with seven teams taking part.

In the lead up to the kick off, tomorrow (14 March) the traditional pre-season coaches and match officials courses will take place.

UFRL president, Artur Martyrosian Jnr, commented: “From 25 January, when the most severe quarantine restrictions ended, our teams went back to training.  In February we held training camps for our national senior and junior teams to check how all our players were after quarantine, and started our first competitions.”

Martyrosian explained: “Four open age teams played in a snow tournament in Uzhgorod and five in one in Kyiv. We also had 12 junior sides taking part in a tag tournament in the Donetsk region. Full junior competitions will begin in April and our rugby league community is so happy to start again, everyone is really looking forward to it.”

Also planned for the 2021campaign is a Kharkiv junior tag championship featuring 18 teams, the Ukraine Open Cup with nine sides entered, an U20’s championship for four clubs, five contesting the U18s, six entering the U16s, and 12 in each of the U14s and U12s.

On the eve of the season, and in recognition of their dominance, the coaches and staff of RLC Legion XIII have been awarded diplomas in ‘masters of sport of international class’ by the executive committee of Kharkiv city council, the club winning the UFRL title 12 times and cup on nine occasions, losing only one game in domestic competition in 273 matches.

Kharkiv City Council secretary, Igor Terekov, on behalf of the mayor, commented: “Thanks to your team, Kharkiv is a sports metropolis and many residents adhere to the philosophy of a healthy and active lifestyle. Congratulations on your victories, keep it up!”

Legion head coach and vice president of UFRL, Gennady Vepryk, responded: “The players have worked hard but all of the achievements are just the tip of the iceberg. Serious work is being done in Kharkiv to promote health and sports. For ten seasons we have been hosting competitions for children, which has seen over 5,000 involved in the sport, with many of our players referees.”

Legion was the first club formed in the county, in 2006, and included a number of university students from the city, the Ukraine federation being established two years later, which saw the setting up of the national side.