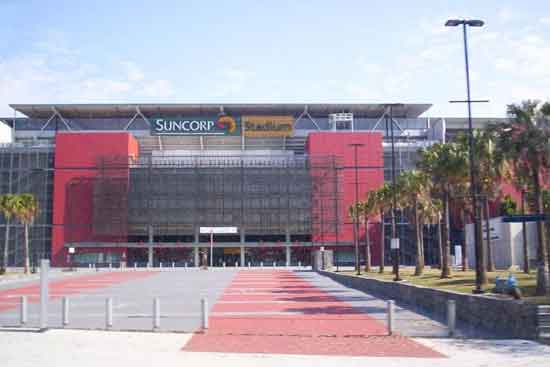 The trio of Queensland NRL sides had a dismal outing last season as a collective, with the Broncos claiming their first ever wooden spoon while the Cowboys only finished a further four points ahead and the Titans led the way with a ninth-placed finish.

The year in summary for Brisbane can be put down to one word: horrific. Anthony Seibold’s tenure came to an end with the club’s campaign stained with off-field altercations matched with poor on-field performances.

The Cowboys faced an injury-riddled season in 2020, managing a 14th-placed finish at the end of the year for their efforts as they look to rebuild and move back into finals contention.

For the first time ever the Titans look the primal side out of the Sunshine State trio, showing plenty of promise last year and adding arguably the most impressive hand of recruits ahead of the 2021 season, a great tip for the top eight when you bet with 1xbet.

David Fifita’s move to Gold Coast came as a blow to their noisy neighbours, a lovely double win for the Titans with their gain a major loss for the Broncos.

Add in Tino Fa’asuamaleaui, Herman Ese’ese, Patrick Hervert and Sam McIntyre and the Titans squad looks to have great depth and plenty of danger to it.

Juxtaposed to the Titans the men from Red Hill have done very little to suggest they will lift off from 18th, with David Mead, Dale Copley and John Asiata the only new faces for the Broncos.

The acquisition of Kevin Walters to their coaching box is an exciting addition, but with the likes of Jack Bird, Andrew McCullough, Joe Ofahengaue and Fifita all departing to rival clubs, there is plenty fire-power Walters will have to make up for.

As far as off-season moves for the Cowboys come, there is very little to report on.

Asiata could do plenty of damage for the Broncos after leaving North Queensland following seven years in Townsville, while the Cowboys only managed to add Lachlan Burr, Kane Bradley and Javid Bowen to their list.

They will also be hoping to hold Jake Clifford for the rest of the year before he heads south to Newcastle, which will be a major pain for new coach Todd Payten in building a formidable squad.

The Cowboys are an enigma entering the new season however, with the club showing a heavy reliance on the injured pairing of Michael Morgan and Kyle Feldt, while Jason Taumalolo will look to be carrying plenty of the weight once again.

Payten could have his side mounting plenty of pressure onto the fight for the top eight, but it will be the Titans who break through and land a finals spot this year.

While both sides compete to have an impact on the top half, it will be hard to see the Broncos avoiding the cellar once again.

The main goal for Walters this year is to retain key young guns to new deals, with Kotoni Staggs, Xavier Coates and Tom Dearden all linked to moves away from Brisbane.