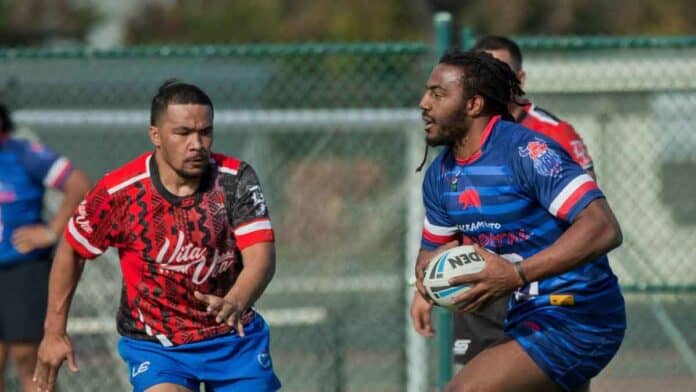 As all indications point to a more positive trend in the US in the fight against the global pandemic, the sport of rugby league is making headway out on the country’s west coast.

At the time of writing, a New York Times database showed that the number of daily coronavirus cases being reported, along with hospitalizations and fatalities, were all trending downwards and in keeping with that, California Rugby League (CRL) has unveiled plans for play in 2021.

The league plans to hold a one-day tournament on Saturday, March 20 for all six teams, to preview the start of the regular season proper which is scheduled to run during the summer in sync with the USA Rugby League (USARL) clubs competition on the east coast.

The March tournament will feature 13-a-side games, but with a difference. They will be 13-minute matches and the venue will be Treasure Island in the San Francisco Bay area.

“The purpose of it is just to generate content to entice sponsors,” CRL founder Tom Stevenson told Rugby League Planet.

“We did a game at the end of 2020 and the response was pretty incredible. On the ground, during a pandemic, there were a few hundred people who came to watch, but 21,000 people streamed it. So, we now have leverage to go to sponsors and say hey, we’re not just an idea, people actually watch this.”

Every team will play five or six games, depending on how far they progress on the day, and all the games will be uploaded, which will enable the CRL to collate the metrics and then aggressively reach out to local sponsors.

“We’re at the stage now where we’ve kind of milked the novelty of being California Rugby League to the rest of the world, so now we’ve got to plant a flag in the ground for the local community if we’re going to be sustainable as a business,” said Stevenson.

“What we can control out here is six teams. We’ve all got a good relationship. All the teams communicate well and there’s none of the political bull*#+t that you see from other entities.

“We’re extremely lucky that we’ve got six great teams with great players and great coaches who are all working together to create something special.”

Stevenson went on to say that the regular season is set to kick off in June/July, a decision based largely on indications from medical experts who say that by then, enough people should have been vaccinated against COVID-19 so there will likely be less of a risk of contracting the virus.

The CRL has also announced that it has signed its first major sponsor in Mine Digital, an Asia-Pacific bitcoin and crypto currency exchange based in Australia. Mine Digital is an Over-the-Counter (OTC) desk which trades company securities not listed on a formal exchange.

Also, on the west coast, the recently established Oregon Rugby League (ORL) is in the process of expanding into a more formalized structure.

The ORL held its first official meeting in Salem, Oregon, on Saturday, February 20, and tweeted afterwards that they expect to form the state’s first rugby league club in that city in the not-too-distant future.