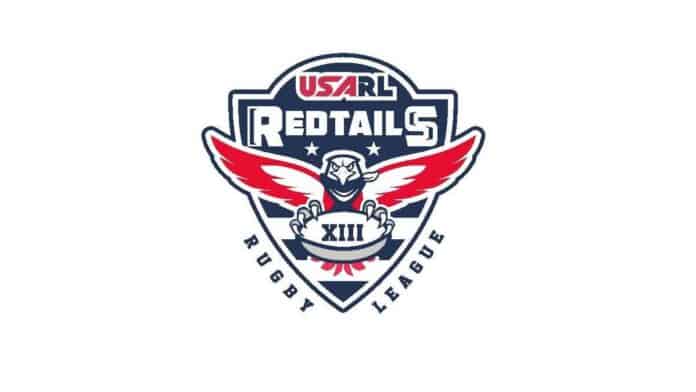 The USA women’s national rugby league team will now be known as the Redtails.

USA Women’s Rugby League (USAWRL) Inc asked for and was given approval this month by both USA Rugby League (USARL) LLC, which governs the club competition, and US Association of Rugby League Inc, which oversees the international program, to change the team’s name from Hawks to Redtails.

One of the main reasons for the name change was due to USAWRL’s desire to continue to build on what it has been doing domestically to develop activities associated with a national program for women’s rugby league, according to USAWRL chair Garen Casey.

“One of the areas that we saw as a differentiation point with a lot of other nations was the name,” Casey told Rugby League Planet.

“When you look at Australia, they’ve got the Jillaroos. There’s the Black Ferns (New Zealand) and the Orchids (Papua New Guinea). They’ve all got distinct branding, yet we were just the Hawks. This new name allows us to start a new initiative and new brand from day one. It’s more of a clear definition of who we are.

“You look at USA Rugby and all of their teams are the Eagles, and we didn’t want to be lumped in the same bracket. We want to differentiate between union and league.”

The women’s national team was previously known as the Hawks following a decision by USARL Inc in 2019 in which it determined that all American national teams, including men’s, women’s, nines and wheelchair, would be branded as the Hawks.

At the time, USARL Inc said it was a step forward for inclusiveness and representation for the USA’s rugby league athletes.

Casey said the USAWRL considered two other options, including Liberties and Capitals, but in the end felt that they were associated with more traditional American brands. He said the proposed names were put to players in a survey and more than 70% voted for Redtails.

The new name represents a red-winged bird in the hawk family. Casey said it also has ties to Black History Month, which February is designated in the US.

“During the Second World War, the Tuskegee Airmen were the first Black fighter pilots, and they got their name from the town in Alabama,” he added. “They supported the (US Air Force) bombers and painted the tails of their planes red so the gunners would know who they were. That’s where the name Redtails comes from.”

Now that the name change has been formalized, the USAWRL is moving forward with plans for various development events and a series of nines tournaments across the country.

The series will open in tandem with a USARL men’s clubs nines event in Tampa, Florida, on May 15. That will be followed by a development day in Los Angeles on June 17 and next up will be another development day, combined with games, in Utah on July 10.

The summer of activities will culminate with an invitation tournament for teams from across the States in Chicago from August 20-22.

“That will become a national event that will be held there every year,” continued Casey. “Teams from Canada want to come down as it’s easily accessible to them. That will be nines as well.

“From there we’ll finalize our national squad for the Americas Championship, which hopefully will go ahead in September in Jacksonville, Florida.”

Casey said that the USAWRL has had indications from a number of men’s clubs in the US that they plan to form women’s teams in 2021. Those clubs include Tampa Mayhem, Lakeland Renegades, Jacksonville Axemen, Atlanta Rhinos, South Florida Speed and the Delaware Black Foxes who will call their team the Vixens.

Outside of the USARL, two women’s rugby union clubs have also indicated that they will form league teams to compete during the domestic season. Chicago North Shore of the Women’s Premier League (WPL) and independent club Roots will be added to the mix.

The plan is for women’s games to be played as curtain raisers to men’s club games during the USARL regular season depending, of course, on a COVID safe return to play being approved by state governors and their health advisors.