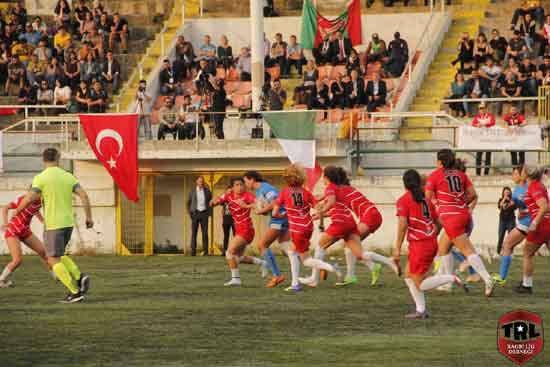 With 2020 having been lost to competition because of the enforced shutdown in the country, the Turkey Rugby League Association has announced its calendar for this year, subject to resumption of play post Covid-19.

TRLA president, Gurol Yildiz, said: “Despite not getting on the field last year, we still continued to grow the sport with online refereeing courses and team development projects. One of our biggest successes in 2020 was being able to broadcast Australian NRL matches in Turkish on TRTSPOR, the official government broadcaster, which provided amazing exposure for rugby league.

“We intend to build on that this year, beginning with the re-instatement of the annual international beach tournament, the fifth time it has been played, scheduled for early August in Kalamis, Istanbul. In 2019 we welcomed 25 men’s and women’s teams, including from Serbia, Lebanon and Iran. It was great fun and enjoyed by all.”

Yildiz also confirmed: “After that, in early September we will launch a men’s, women’s and U18s 9s tournament, which will be the ignition for 2021 season! Later that month, the 13-a-side championship seasons will start for the three groups. In 2019, Ankara Phrygians were the men’s champions for the first time and Izmir Bati Gucu took the women’s title for the second year running. Kadikoy Bulls were undefeated to take the U18s crown in what was a thrilling competition.”

Three men’s players will also be given the opportunity to join sides in the Serbian domestic league to give then greater experience, whilst a men’s international is being planned with Albania. Turkey are also scheduled to play in Euro D, if it can go ahead, facing the Netherlands, Malta and Czech Republic.

“We also want to build on one of our absolute highlights from 2019,” Yildoz added. “Our U18 Buffaloes team traveled to Serbia to play against Partizan Juniors, with a team comprised solely from the Child Protection Agency in Istanbul, scoring two amazing tries. The players showed great excitement and joy to be involved and it was a very proud and emotional day for the TRLA. We are hoping to come out of this pandemic situation unscathed and have a successful 2021.”