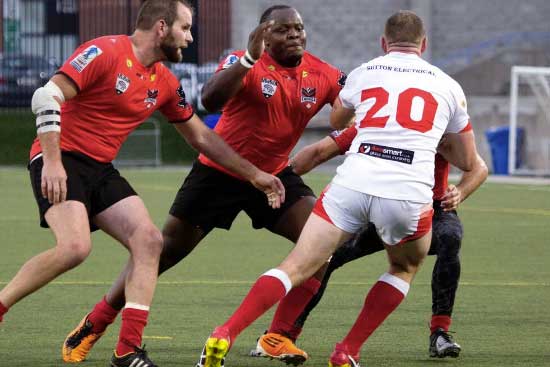 As we continue to move forward early on in this COVID-affected year, there is optimism in Canada that there will be some rugby league played there this season.

In 2020, there were no games played at all in the country as provincial governments were reluctant to give the green light to any team sports. The exception to that was the National Hockey League (NHL).

The CFL, like the NRL in Australia, asked the federal government for a multi-million-dollar grant without which it said, despite its TV rights deal, it could not sustain a season with no fans in the stands. The Trudeau government rejected the request, which the CFL revised several times, and eventually the league cancelled its season altogether.

The NHL took a different route. It opted to play a shortened season in two hub cities, Toronto and Edmonton. That decision worked out well as the coronavirus did not interfere with games and the abbreviated regular season transitioned smoothly into the postseason, culminating in the Stanley Cup finals.

As for professional rugby league in Canada, the Toronto Wolfpack opened what was to have been their inaugural year in Super League in the UK as was typically the case for them because of the harsher Canadian weather conditions. Of course, COVID-19 then brought a halt to all rugby league in the UK and eventually the Wolfpack were booted out of Super League, meaning there were no home games played at Lamport Stadium.

In Canada, healthcare issues are primarily the responsibility of the provincial governments rather than the federal government, and so COVID restrictions can and do vary from province to province.

The Canada Rugby League Association (CRLA) is optimistic that there will at least be some form of return to play in 2021.

“The CRLA’s primary concern is ensuring that Ravens players are as prepared as possible for the 2021 Rugby League World Cup (RLWC) and training sessions have provisionally been scheduled to start in March, COVID restrictions permitting,” CRLA president Bob Jowett told Rugby League Planet.

In the event that rugby league is given the all-clear to return to play this year, it won’t mean that competitions will kick off at the same time right across the country. Rugby League doesn’t work that way in Canada, again because of the weather.

Typically, the western provinces of British Columbia and Alberta play their seasons in the fall, while back east, the Ontario competition is primarily a summer game.

“It is anticipated that there will be a staggered return to play, starting with training sessions, then modified (CANTAG) play, before full games can be played,” Jowett added.

“Along with the Ravens, the Masters teams will likely lead the way as there are fewer restrictions/obstacles for them and it is intended that Canada will be sending a Masters team to 2021RLWC.

“If permitted, I would expect Masters play (CANTAG) to resume as early as April in Ontario and possibly British Columbia. Men’s games will likely be last to start.”

So, just like their counterparts in the US, the national governing body, along with provincial officials and teams in the different provinces are all tentatively planning to play after being forced to take a hiatus in 2020 because of the pandemic.

Whether or not anyone gets any games in on the North American continent in 2021 will largely depend on whether Canada and the US get more of a handle on COVID-19.