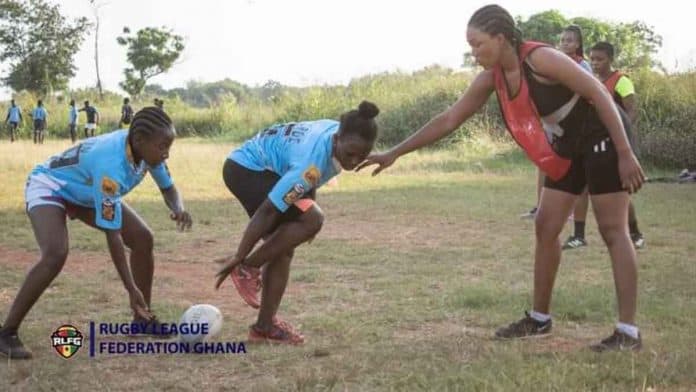 The five men’s teams in Ghana – Bulls, Skolars, Accra Panthers, Pirates and Nungua Tigers – are all set to add women’s sides, with the aim of them starting a regular domestic season.

The first part, which begins on February 16, will be on line and over eight weeks, with plans to have the second practical part led by local coaches under the guidance of the RLEF.

Jafaru Mustapha, Rugby League Federation Ghana general manager, commented: “We had hoped to run women’s 9s from the end of January alongside the men’s 13-a-side competition but that has had to be postponed to a later date due to increased Covid cases here and re-entering lockdown. We will revisit the situation when it is safe to do so.

“While we patiently wait, it is fantastic to have so many sign up for this course, we are building the necessary coaching and match officials infrastructure and I thank every one of the women for stepping forward. As a federation, the ambition is to be full members by 2023 and this another major step along that journey.”

Mustapha also confirmed that Ghana are in early discussions to play a women’s international fixture against Cameroon.

Registered coach Eunice Awuni said: “I believe it’s time to get further educated with rugby league and to be able to share my knowledge and take our game to the next generation of female players especially.”