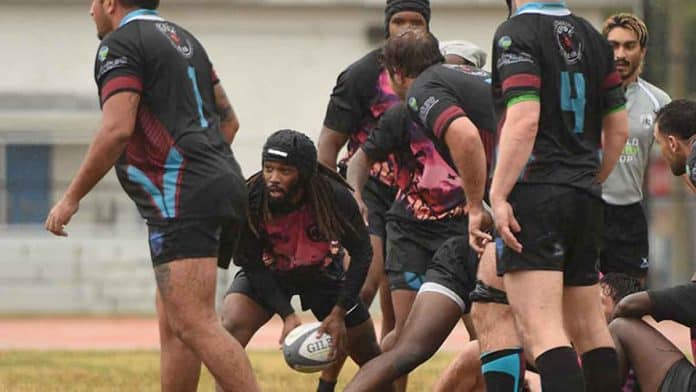 Everything being equal, and if the United States has more control over COVID-19 by the summer, a new Miami-based team is locked in to make its debut in the USA Rugby League (USARL) LLC domestic men’s club competition in 2021.

The South Florida Speed has been given the green light by the governing body to join the South Conference when the new season is scheduled to kick off in early June.

With the Speed’s inclusion, the number of teams in the conference will even out to six and all concerned agree that it will make for more balanced scheduling for every team in the South, with less likelihood for byes, an issue that plagued the conference in 2019.

So, who are the Speed and how do they plan to mix it with the rest? Well, to begin with, South Florida RFC is primarily a rugby union club.

It was conceived on January 1, 2019 and its purpose is to provide a comfortable setting for local minority talent to exploit all opportunities that come with the sport, according to club founder Ryan Forston.

And he told Rugby League Planet that it is not a case of the club switching codes.

“We just added another one to the empire,” said Forston.

“The goal of this club is to maximize opportunities available to our members. One way we do that is by participating in every format of the sport that there is.

Despite a distinct lack of rugby league experience, this South Florida club believes it has the talent to not only compete, but to be a genuine player in the South Conference.

“We have very little rugby league experience but plenty of union,” continued Forston. “Our athletes in South Florida are second to none. The combination will find us competing for at least a conference title.”

One of the club’s goals is to familiarize locals with the sport. Therefore, they see a need for new members to be a part of the team in order to spread awareness.

Forston admits that he has virtually no rugby league background, although he doesn’t see that as being an impediment.

“I have laughably one day of rugby league experience,” he added.

“I do watch more league than union and that has been since I first discovered union six years ago. That doesn’t faze me though.”

So, what are the Speed’s realistic goals going into their inaugural season?

“As a first-year team, the goal is to up the competition of the USARL. We want our respect. Overall, a winning season.”

The addition of the new South Florida team into the South Conference has been welcomed by the other five existing clubs.

USA Hawks head coach Sean Rutgerson, who also coaches the former national champion Jacksonville Axemen, sees it as a positive thing for the growth of the game, particularly in the south.

“Looking forward to having a new team,” he said. “Miami is a great location for a team, although it will mean some more travel.

“And I look forward to an uninterrupted season and hopefully in the future we will get more games in.

“It will be interesting to see who has been training after a year off.”