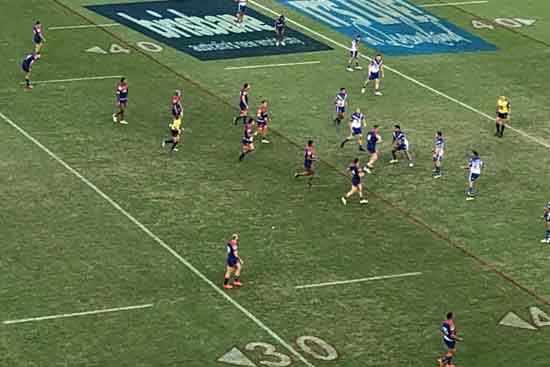 2020 has not been the best year for field sports, including rugby league. Fans missed out on the action that makes game attendance in the field a thrill.  There were match surprises that few could not have foreseen in any odds.  These results must have caused some upset to people’s predictions. You can check out some expert NRL tips here.

Some called this Round 4 meet a ‘horror show.’ The Broncos had already conceded 29 points by halftime, which was a record for the home side in the Suncorp Stadium. Some fans wondered whether the Broncos had been training at all. In the end, the Broncos were down 59-0, a thrashing by any definition.

There were some expectations that the Titans would win this Round 20 match. But many fans were unprepared for the thrashing that the Knights got from the Titans. The Titans had previously seen five straight wins in 2018, and again in 2010.  The Knights had faint hopes of the first final in 14 years, but these hopes unravelled pretty quickly from this sound beating.

An undermanned Raiders team showed what sheer grit could do when they beat last year’s premier in this Round 10 match. The Raiders were missing eight of their key players including Hodgson, Bateman. Oldfield and Scott. Fortunately, Josh Papalii stepped in, and his bulk and agility inspired the team to a bitterly fought win.

While the odds were slightly in favour of the Warriors, the performance of the rookies Jamayne Taunoa-Brown and Eliesa Katoa left many fans impressed and surprised. They achieved a 100% completion rate with a try each.  An additional try by Kodi Nikorima put them decisively ahead of the hapless Dragons.

This was a game of low points but high-quality play. It established Daly Cherry Evans as one of the coolest heads in the game, and the Roosters as the poorest starting Premiers in 10 years. The Roosters dominated the first half but lost in the second half when Cherry Evans and Tom Trbojevic stepped up to frustrate their attempts.

Many rugby fans said this was one of the gutsiest games of the year. Brad Parker and Dylan Walker left the field less than 10 minutes after the start of the game. But they scored in the 14th minute. Another score put them 12-0 by halftime. Unfortunately, Tom Trbojevic left the field at the start of the second half giving Raiders a fighting chance. The tussle ended in a hard-fought 9-8.

Not many fans gave a fighting chance to bottom-placed Bulldogs, against the Rabbitohs who had garnered 33.4 points in five games. The Bulldogs showed their thirst for a win with a strong start and three tries in the first half, leading 20-10 by halftime.  The poor show by Rabbitohs just two weeks before the finals also surprised many.

This was one of the worst routs for a top rugby league team in NRL history.  Three tries in five minutes set the pace for this drubbing in which the Roosters looked too shell-shocked to fight back. The back-to-back premiers will have this black day in their history books for a long time.

Queensland was the outright underdog in this game after two losses in the previous Origins. A strong performance by Tarryn Aiken, Tamika Upton and Ali Brigginshaw changed the fortunes this year.

This was one of the most entertaining Origin games, which established Wayne Bennett as a master of the game, and Daly Cherry-Evans as one of the players to watch in 2021.