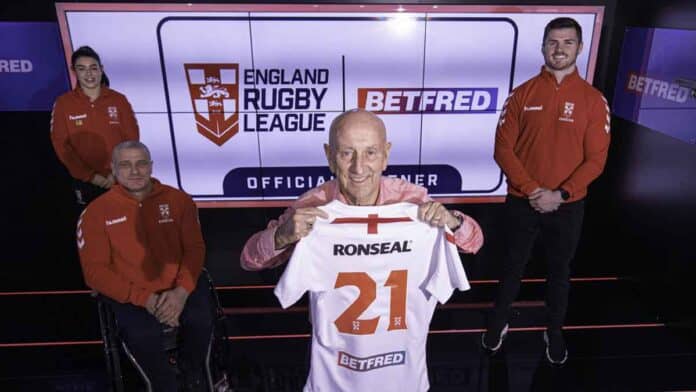 Betfred are to become an official partner of all three England teams at next year’s Rugby League World Cup, extending their commitment to the sport.

Betfred have been the title sponsors of the Super League since 2017, and their Rugby League portfolio also includes the Championship, League 1 and the Women’s Super League, the latter after a ground-breaking deal announced ahead of the 2019 Grand Final.

The Betfred logo will now appear on the lower back of the jerseys of all three England teams throughout 2021.

Fred said: “Following our very successful association with Rugby League at all levels in recent years, Betfred are delighted to become an official partner of the England Men’s, Women’s  and Wheelchair teams for the Rugby League World Cup in 2021.”

Mark Foster, the RFL’s Chief Commercial Officer, said: “Betfred have been outstanding sponsors for Rugby League for the last four years, and it’s fantastic that they will now extend that support to our England teams in 2021.

“It’s such an exciting time for our Men’s, Women’s and Wheelchair teams as they prepare to play World Cups on home soil.”