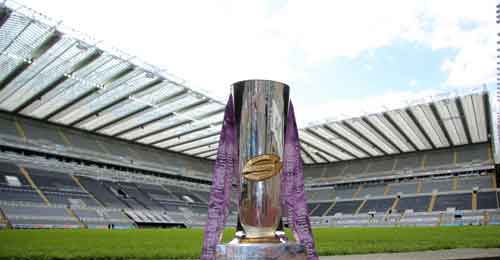 Rugby league really did have its finest hour during the playing of the Super League 2020 Grand Final in Hull. The thrilling showpiece brought the curtain down on the rugby league season in England and would have drawn in hordes of new fans for a myriad of different reasons. First and foremost, the admiration from neutrals would have been down to the sensational finish between the two sides.

Indeed, the combination of courage and astonishing skill from two St Helens players in the final few seconds of the game was enough to bring a tear to the eye of sports fans around the world. Thanks to the perseverance of teenager Jack Welsby and his match-winning try after the hooter had sounded, many will now be talking about that phenomenal finish for years to come. You get the sense that it will be spoken about as one of those ‘where were you moments?’

? UNBELIEVABLE! WHAT HAVE WE JUST SEEN! ?

Welsby has scored at the death to win the Grand Final for St Helens!

Undoubtedly, this was sport at its finest, raw and unpredictable. But had rugby league been using the same type of video referee as football and many other sports now use, none of it would have been allowed to stand.

That’s not to suggest that Welsby’s try was conclusively offside and St Helens were not the worthy winners of the 2020 Grand Final, they certainly were, but that fact of the matter is that the video referee took a look at one still image of a potential offside from Tommy Makinson’s kick and deemed it to be fine. You just know though, had the dreaded lines for offside came out as they do for football, that the try would have been disallowed for an offside violation.

The same could be said for Welsby’s actual grounding of the ball and whether his foot was touching the whitewash or not. A closer and painstaking inspection could have confirmed that it was and the try once again, would have been ruled out. If any of the above had happened, we wouldn’t be sitting here talking about one of the greatest finals in rugby league history. Additionally, many new fans wouldn’t be taking to rugby league and instead, the overly meticulous use of video referee would have frustrated the whole of world sport once more.

At the end of the day, if the naked eye can’t spot a noticeable infringement, then would should we stop sporting fixtures playing out to grandstand finishes?

Just take a look at the general feeling towards football VAR in England and how players and fans are complaining that it is ruining the game they love. The same can’t be said for rugby league who are getting it right time and time again and that goes for the NRL too. The sending off of Jahrome Hughes in the Grand Final between Melbourne Storm and the Penrith Panthers was another fine example of a quick yet conclusive decision.

Amazingly, Melbourne were still able to win despite going down to 12 men. It was a win against all odds in many respects and who knows when next they will get the chance to lift the Grand Final trophy again as their NRL odds on Bet365 price them at 6/1 to make it back-to-back titles.

Interestingly, Melbourne’s Cameron Smith accused the referee of trying to make it an exciting finish by sending Hughes off but the 37-year-old was in the wrong for those remarks, the video referee made the right call. As it has been doing for years in rugby league.

This refreshing approach to retrospective decisions will make rugby league a safe home for fans of other sports who are sick of video refereeing being the main talking point.