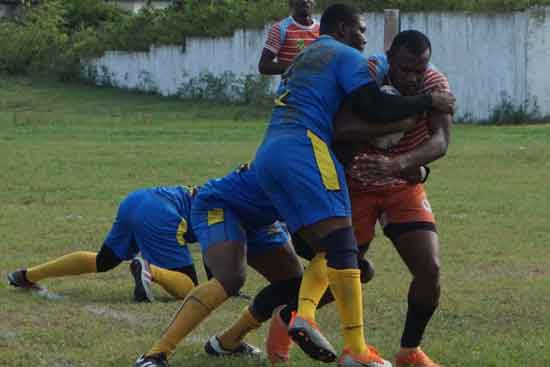 It should probably come as little surprise to learn that any potential rugby league action in Jamaica has been ruled out for the remainder of 2020.

Despite the global pandemic, it had been hoped earlier in the summer that some level of domestic competition might have been staged in the Caribbean nation, but as has been the case in a host of other places around the world, COVID-19 has unfortunately had the final say.

“All we can do is encourage the players to stay fit through personal and limited group workouts.”

When RLP last checked in with Monteith, JRLA vice chairman Adrian Hall and Jamaica Hurricanes head coach Roy Calvert back in July, all were reasonably upbeat about some degree of domestic rugby league perhaps being given the green light during this calendar year, however, that hasn’t panned out.

They had hoped that conditions might have improved enough to allow the national club championship (NCC) and Division II competition to have been approved by Jamaica’s sports ministry, but as the novel coronavirus continues to make its presence felt, the government has taken the view that would present too high of a risk while trying to contain the spread of the virus.

As a consequence, players in Jamaica will continue to be encouraged to stay fit through individual training routines and by logging onto specific online training programs.

“There are organized sessions that are kept on ZOOM by our trainer Khamisi McKain which all domestic national players have access to,” Monteith told RLP in July.

“The UK-based players are all signed to semi-pro and professional clubs and so they are staying in shape as best as they can.”

2020 was a year in which Jamaica had originally planned to tune up for #RLWC2021, so COVID-19 curtailing everything has been a massive hit for the Reggae Warriors.

The national team had been scheduled to compete in the America’s Championship and then play Test matches in June and October in the UK.

Other programs that had also been scheduled but have since been scuppered include the Jamaica Hurricanes’ game in May against the USA Rugby League (USARL) South All-Stars and the women’s national team’s debut in the Americas Championship, which Jamaica had been due to host.

All of these cancellations no doubt have affected team chemistry, as well as the ability of coaches to scout players and for JRLA to raise potential sponsorship money.