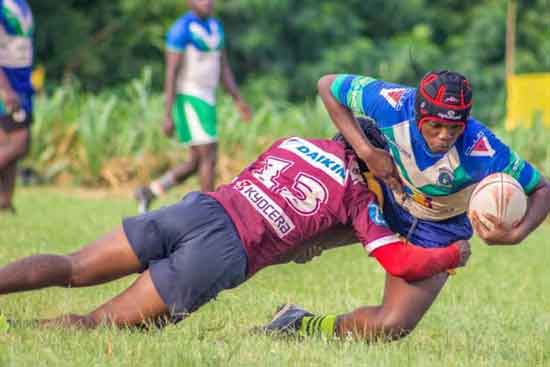 The Rugby League European Federation (RLEF) board has recommended Ghana to be upgraded from Observer to Affiliate member status to the International Rugby League (IRL) board and its members. If accepted, as expected, Ghana would become only the third African nation – following Nigeria recently and South Africa – to be bestowed such status.

RLFG, particularly active in their university sector, has begun a return to on-field activity recently after the easing of some Covid-19 restrictions in the country. Clubs were given two options; to train from October to November and play in a friendly event in December, or train for rest of the year and start in full in 2021. They opted for the former and have set a programme for both male and female players to restart.

RLFG has also been setting a lead with health programmes in the country. Last weekend the women’s section, in collaboration with Decathlon Ghana, took part in a breast cancer awareness programme dubbed ‘Women in Sports’ organized in association with Pink October.

“Breast Cancer is a serious problem that most people take for granted,” said Rachel Ankomah, RLFG women’s rugby league co-ordinator. “This is our own way of giving back to the community: allowing them an opportunity to get checked and also be educated on breast cancer.” Activities included yoga, a health walk, breast talk, a women in sports show, aerobics, health screening and a game of touch rugby.

That follows on from RLFG being part of an exercise supporting the National Blood Service and promoting health, fitness and general wellbeing. “You don’t need to have a medical degree to save a life just a fair degree of humanity, and that is what we in rugby league stand for,” noted Daniel Oko Djanie, RLFG head of marketing.