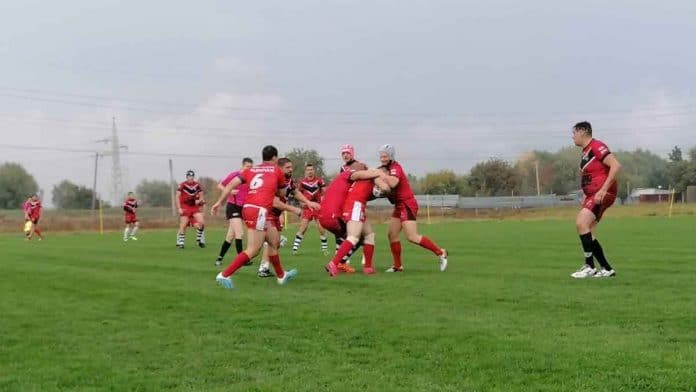 The first game has been played in the 2020 Balkan Super League, with Serbian side Radniki Nis travelling to face Lokomotiva Sofia behind closed doors in Trebich, Bulgaria.

The visitors dominated from start to finish, running out 86-6 winners after leading 50-0 at half time, against a side who had not even been able to train together since March because of Covid-19 regulations.

Radnicki captain and president, Lazar Zivkovic said: “It was a good game, we had some problems getting the players together because of restrictions, but we managed to win. However, I must congratulate Lokomotiva for hosting us here and wish them well for the future.”

Counterpart Dimitar Chenev commented: “The match was good, we haven’t been able to play league for a long time so we had problems with offside, but it was a pleasure to play again and to show we had some skills; we tried our best.”

The competition is now in its fourth year, and this game was originally scheduled to be played earlier in the month in the southern Serbian city of Babusnica before coronavirus testing protocols changed for all visitors to the country.

The match ended in controversy with one of the Radnicki players allegedly confronting a match official. Vladan Kikanovic, the Serbian Rugby League Federation general secretary confirmed: “The Serbian Rugby League Federation disciplinary panel is investigating this case and will soon make a decision. The SRLF stresses that we will protect all match officials from any kinds of improper behaviour.”

WRL domestic leagues are back – bigger than ever before