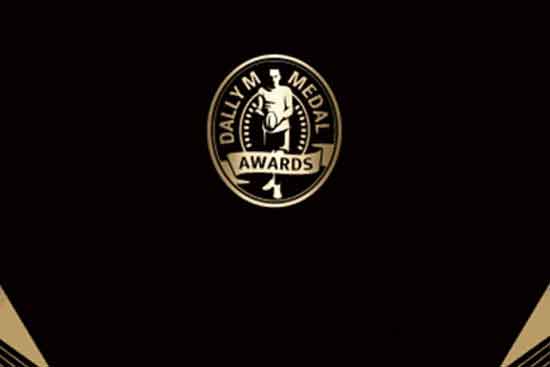 The 2020 Dally M Medal count is set to be an enticing evening for a number of players, as the Round 12 leaderboard separated six NRL stars by just two votes.

With a number of players having strong finishes to their campaigns, this season’s count could come down to the final vote of the year.

At the conclusion of Round 12, Cleary sat equal 4th in the Dally M voting and had polled 11 votes for the season so far, just two behind leader Harry Grant.

The Panthers haven’t lost since and Cleary’s chances of taking home the top honours have only gotten stronger, with nine try assists and 36 goals across Penrith’s final eight matches. Claim your pointsbet sign up code and get great value on NRL markets and more!

At just 22, Cleary is in line to become the youngest Dally M winner since Jarryd Hayne in 2009, with the Panthers star also eyeing the premiership on the eve of the awards night.

Cleary originally had six points deducted from his total after breaking NRL COVID-19 protocols earlier in the season, only for the league to reverse the decision after deeming the incident as an off-field misdemeanour.

With coach and Dad, Ivan, tipped to take out the Coach of the Year award, the Cleary’s could be set for a decorated few days.

With the Storm champion likely to announce his retirement and Melbourne placed in Sunday’s Grand Final, there wouldn’t be a more fitting ending to a career than Smith claiming a premiership ring and the Dally M Medal.

Stunningly, the champion hooker finds himself in contention for the league’s highest honour at the ripe old age of 37 after a season as good as any.

It’s amazing to think Smith won the award 14 years ago and sits as a chance to become just the third player to win three Dally M Medals.

The Eels skipper has been sensational for Parramatta in 2020, becoming one of the league’s premier fullbacks and leading his side to a top four finish after Round 20.

Gutherson remains a strong chance to defy the odds and edge out Cleary for the honours after a consistently strong season, sitting on 12 votes from the opening 12 rounds.

Unfortunately the Eels’ back-end to the year couldn’t match their earlier dominance, but their captain was as formidable as ever, ending the season with 17 try assists.

The Canberra star was breathing down Cleary’s neck as the final Round 12 votes were casted, with Wighton also having an impressive back-half of the year.

After a slow start, Wighton won eight of his final 10 game of the year with the New South Wales five-eighth showing elite two-way numbers as a fierce attacker and strong defensive unit.

Wighton missed the Round 20 clash against the Sharks following Ricky Stuart’s decision to rest players on the eve of finals, which could cost him dearly if it is a tight finish.