International eligibility rules continue to be somewhat of a conundrum for the IRL and national governing bodies respectively despite their efforts to tweak regulations.

The NRL is an example of a national competition that is wrestling with trying to enhance its domestic competition and offer opportunities for players to play at the highest level, while also considering how to grow rugby league internationally.

Under new rules for its annual State of Origin series between state teams Queensland and New South Wales, the NRL has opted to allow players to play for either state yet be unavailable to be selected for Australia so that they would be eligible to compete for their home countries against the Kangaroos.

On its face value, that would benefit Pacific island nations as 52 percent of players in the NRL these days are of Pacific island heritage, however, the flipside is that it would also prevent Australian players from having the chance to represent their state in what is arguably the world’s best rugby league competition year in and year out.

International rugby league has a history of players flip-flopping between nations depending on who selects them when it comes time for World Cups. Jarryd Hayne is a recent example of such as he has chopped and changed between Fiji and Australia several times, although in his defense, IRL eligibility rules have enabled him to do so.

Countries outside of the top 4, or Tier 1, benefit the most from these rules. However, it also has the potential to stifle the game’s growth in countries in lower tiers.

“Allowing young dual citizens of Australia, UK, and New Zealand to play for the US, Lebanon, Canada etc. without then prohibiting them from playing for their Tier 1 nation both allows these players to experience international rugby league and strengthens the quality of Tier 2/3 national teams.

“If swapping national allegiance wasn’t permitted, many players on the cusp of a Tier 1 nation call-up would be forever lost to international rugby league. The challenge is to maximize these benefits without limiting growth of domestic players.

“This is certainly possible. In fact, how great is it for domestic Wolverine players to play alongside a Melbourne Storm player? It is a huge incentive for the domestic players. It can, however, be to the detriment of domestic rugby league if too many heritage players are utilized. The big question is how many is too many?”

One alternative is to restrict choices players can make when it comes to picking a country to play for, but that also has its own set of issues. For example, should a player selected to play for one country be able to switch to another prior to a World Cup qualifying match?

“This is a much more complex issue than it looks at first glance and I wouldn’t be surprised if every nation had slightly different preferences,” continued Jowett.

“It is my expectation that Wolverines team selection will be to enhance Canadian Rugby League,” he added. “This likely means that a team containing multiple heritage players, particularly in spine positions, will be used for key matches (e.g. World Cup qualification matches).

“An entirely domestic Wolverines team may well be used in other circumstances. There will be other factors that come into play during squad selection including, but not limited to, financial situation and availability of heritage players.

“It is up to the CRLA to increase both participation numbers and quality of domestic players, difficult tasks that will take time and resources to achieve.”

As Jowett points out, strong international competition is key to the growth of rugby league worldwide.

Eligibility rules have been designed to help growth of the international game and will likely be tweaked as necessary from time to time to support this growth. 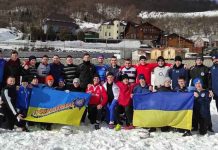 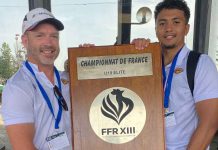