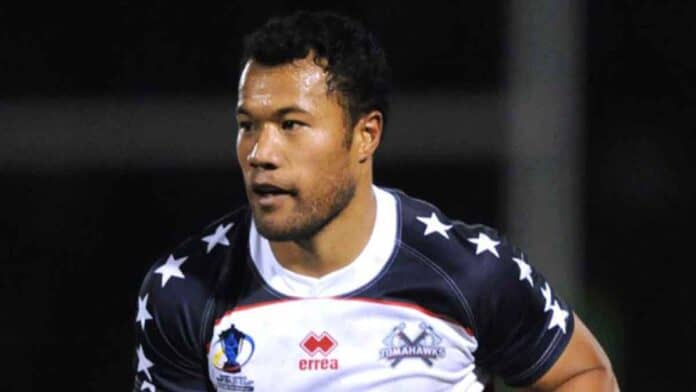 A little over a year from now the 2021 Rugby League World Cup (RLWC) is scheduled to be held and everything being equal, depending on how the world handles COVID-19 between now and then, it should come as no surprise that many players might be starting to give some thought to the big dance.

All of the qualifying series have been held and the competing nations have been slotted into their groups in the men’s, women’s and wheelchair tournaments so, depending on what the novel coronavirus throws our way in the next 12 months, everything is set to kick off in the UK in October 2021.

As we reported earlier this month, Rugby League Samoa is one place that hasn’t let the pandemic sideline its domestic competitions and is looking ahead to #RLWC2021, as well as the potential for the Oceania Cup which was cancelled this year.

As Rugby League Samoa chairman Faafouina Sua told Rugby League Planet, the makeup of the Toa Samoa national team for internationals next year will be in the hands of the national coaching staff.

One player hoping to be in the mix is Joseph Paulo. His is an interesting story. He captained the USA Tomahawks in 2011 when they won the Americas zone qualifying series to advance to the RLWC for the very first time in 2013.

He and his teammates set the tone for what became known as the ‘shock the world’ Tomahawks with a victory over France in Toulouse in a World Cup warm-up game in 2013 before they went on to qualify for the RLWC quarterfinals.

Paulo was eligible to play for the US based on his American Samoan heritage. He then switched his international allegiance to Samoa for the 2017 RLWC.

He says that while he has no expectations about national team selection in 2021, it would be a thrill to again be chosen to play for Toa Samoa.

“Like I said, it would be unreal to play but with so many exciting, talented players coming through it will be a team stacked with a pool of players to select from,” Paulo told RLP. “It’s a great position for international rugby league and Samoa especially.

“Samoa has underachieved the last few World Cups. The team is there and with Tonga, Fiji and PNG thriving, 2021 could just be Samoa’s year to exceed expectations.”

He continues that if he is selected to represent Samoa next year, it will be his last World Cup.

During his time representing the US, Paulo honed his game in the NRL with Parramatta and Cronulla and these days he plies his trade for English Super League club St Helens.

In 2019, the backrower signed a three-year deal with the Saints and is of the opinion that both competitions are fertile ground for players to get a leg up to the international level.

“At the end of the day, if you’re playing Super League or the NRL, playing good footy will give you a strong chance of selection,” he added. “Now both NRL and Super League are so competitive.

“I believe the Super League is in fine position with the development of so many local players and being at a club such as St Helens has helped me with its professionalism and details to being more consistent.”

As for any aspirations to once again pull on the red, white and blue of America if the opportunity were to present itself, Paulo admits he would certainly consider it.

“Look I wouldn’t say NO because of the great work we were able to achieve in 2013 and would love to see our game grow in the USA,” he commented.

“The talk of a team in New York and seeing the momentum of Toronto, it would be outstanding to learn of Toronto’s pathway to Super League.”