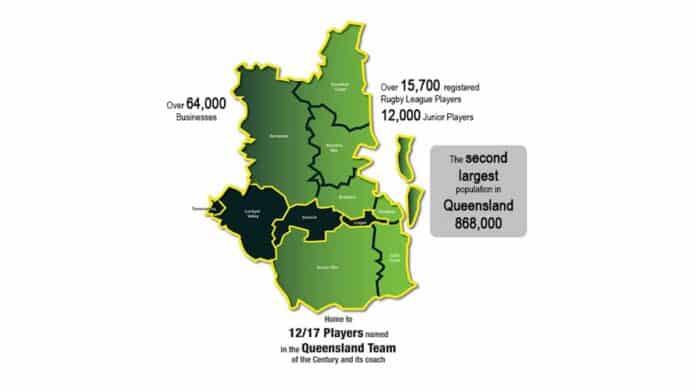 It has been 13 years since the NRL last expanded with the addition of the Gold Coast Titans to the competition in 2007.

In recent times, there has been a renewed push for expansion and much of the discussion about it has centered on where a new team, or teams, ought to be located with Perth, Adelaide, New Zealand and Brisbane attracting the most attention.

Australian Rugby League Commission chairman Peter V’landys has been very pro-expansion since stepping into the role and judging by what he has indicated as his preference, Queensland is seen as the most likely place where a new team would be based from 2023.

In line with that, V’landys regards Brisbane as the most viable option to get a second team to rival the Broncos.

So far, a total of 11 bids have been tabled, the most recent of which was from the Brisbane Firehawks, a franchise backed by Intrust Super Cup club Easts Tigers. In late July, they joined the Brisbane Bombers, Redcliffe Dolphins, Ipswich Jets, Central Queensland, a Cairns-Papua New Guinea joint bid, plus five others from various locations.

While there has been a lot of focus lately on the Firehawks, Bombers and Dolphins bids because they are all located within close proximity of Brisbane city, another franchise in southeast Queensland patiently remains in the mix. It is based in Ipswich and Intrust Super Cup team the Jets is the main driver of the bid.

The Western Corridor NRL bid was first tabled in 2010, Immortal Artie Beetson was part of the original planning group. Apart from the Ipswich area, it also takes in Toowoomba, Logan and other southeast Queensland regions.

Western Corridor bid chief Steve Johnson says all is quiet on the expansion front right now, but that will change at some point when the coronavirus is either controlled or a vaccine for it is developed, at which time their bid will be front and centre.

“The NRL has to deal with this COVID-19 crisis before it looks at expansion,” Johnson told Rugby League Planet.

“The review on the state of the game, which has been delayed several times, was meant to be finished in December and that was going to be the litmus test for expansion, but it was never delivered.”

Johnson said the Western Corridor covers an area that is home to one of the biggest rugby league communities in the country and that ought to be a significant factor when all expansion bids are considered.

“We sit quietly on the biggest number of participants in a region in Australia and if and when expansion is considered it will be hard to go past 19,075 participants (over 25 percent of all Queensland players). This compares to the 3,452 players that Redcliffe will house and 13,054 players in Brisbane,” he added.

Before we get to that point, however, he sees a potential for the 2021 NRL competition to run the risk of being derailed if coronavirus safety protocols continue to be breached by individuals and that could have an impact on expansion plans.

“If the players and coaches keep stuffing up the COVID-19 restrictions and the game is shut down, we will struggle to have NRL played in 2021 and our state leagues will definitely be shut down for lack of funding and grassroots will be on their own,” said Johnson.

Another issue that had cast a shadow over expansion plans was the protracted negotiations over a new television broadcast rights deal for the NRL.

Due to the global pandemic, there had been some doubt that a deal would be done if the 2020 season had been scrapped, although that has since been resolved with the condensed season resuming, paving the way for the ARLC to agree to new broadcast deals with the Nine Network and Foxtel.

Channel Nine’s deal is good through 2022, while the Foxtel deal goes through to the 2027 season.

Having a second team in Brisbane would mean more televised games for the two broadcasters, something Johnson sees as a big sweetener in the overall scheme of things.

“Another game at Suncorp Stadium was valued at over $20 million to TV back in 2013 (I think from memory Ch 9 placed it at about $30 million) so you can see why expansion is important whenever TV rights are discussed,” he continued.

“Numbers don’t lie, and the numbers shown on the map are the game’s best!”