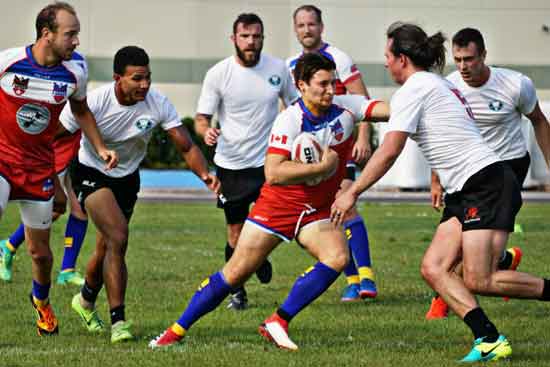 The global pandemic has thrown a major spanner in the works of plans to establish rugby league in another part of the United States with the Midwest Rugby League (MWRL) opting to shelve plans for any games in 2020.

For the past two seasons, the MWRL has been building towards being endorsed as the newest expansion conference in the USA Rugby League LLC’s club competition and 2020 had been earmarked as a likely year that might happen, however, COVID-19 has poured cold water on those aspirations.

“We are going to take 2020 season off in the Midwest regardless of what happens later this year. It’s just too unpredictable,” MWRL CEO Mike Featherstone told Rugby League Planet.

“We are aiming to come back stronger in 2021 though with some reworked plans that should be better for local rugby league in the long run.”

In 2018, the MWRL staged exhibition games, mainly featuring the Chicago Stockyarders, as part of plans to eventually re-establish the Midwest Conference which fell by the wayside when the previous national governing body, the American National Rugby League (AMNRL), was disbanded in 2014.

The original thoughts were to have four or possibly five teams making up a separate Midwest Conference and to that end, plans were hatched to start up new clubs in Joliet, Illinois, Cleveland and Columbus in Ohio, as well as another team in Milwaukee, Wisconsin. Options considered also include adding Canadian provincial side Ontario to the conference.

In line with that, the Columbus Voyagers took some initial steps in 2018 and followed up with further efforts last year by working with the city of Columbus to settle on a ground for the team. 2019 had initially been targeted as their start-up date, but as their founder Frank Mitchell told RLP at the time it wasn’t to be and so 2020 became the readjusted goal.

However, he now says that because of the impact of the novel coronavirus, their plans for this year have had to be sidelined although not put to bed completely and the focus has turned to 2021.

“COVID has stopped a lot of things and until we get a vaccine, or get the coronavirus under control, we’re forced to take a break,” said Mitchell.

“When our state shuts things down, it just makes it impossible to go out and do the things that we need to do. I’d like to be going full speed ahead in 2021 and hopefully all of us in Chicago, Cleveland and Columbus are on the same page as far as getting a Midwest Conference up and running.

“Being part of a broader coalition at a national level is where we’d all like to be I’m sure. We’re itching to get going, and I’d like to scratch that itch, but we need someone to play.”

Also, as part of the overall blueprint for expansion, the Chicago Stockyarders hosted Ontario in 2018. A return match in Toronto had been penciled in for last summer but didn’t come to fruition.

Likewise, in 2018, a Cleveland squad led by former Red Star Belgrade player Monte Gaddis played the Stockyarders in an exhibition 9s game and while there was discussion about a return match last year, it too didn’t eventuate.

As for what’s going on in Cleveland currently, Gaddis says they’re using this time to recruit players from rugby union clubs around the city with the goal of having a traveling 9s team in 2021.

Another option that has been considered in the past two or three years is for the Stockyarders to enter the USARL club competition as a stand-alone team, although the distance between Chicago and east coast cities is a big logistical obstacle.