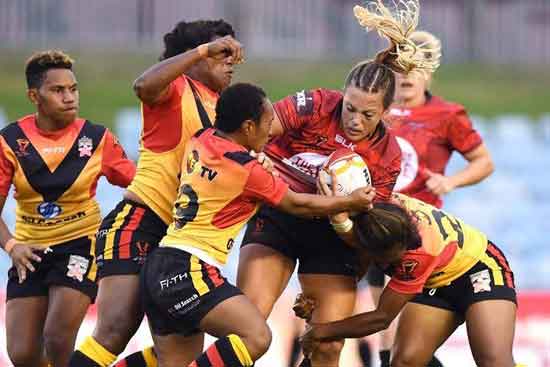 Organisers of the 2021 Rugby League World Cup (RLWC) have released the schedules for the men’s, women’s and wheelchair tournaments and it hasn’t taken long for teams involved to start thinking ahead about strategies to put into play when the time comes.

In the women’s tournament for example, eight teams will compete in 15 games across 18 days in what will be a reasonably compressed schedule.

Those eight countries will be split into two groups, A and B, each consisting of four teams with all games featuring in doubleheaders. The top two teams from both groups will move onto the semifinals.

The tournament will culminate in the women’s final at Old Trafford on November 27, 2021.

Canada has been slotted into Group A alongside England, Papua New Guinea and newcomers Brazil.

The Ravens have previously faced off against the PNG Orchids, having beaten them (22-8) at the 2017 Women’s RLWC (WRLWC) in Sydney.

The Canadians are due to open their campaign against PNG, before facing England and then wrapping up their group play against Brazil, and as such, it’s conceivable that they could finish the preliminary rounds with a 2-1 record and advance to the semifinals.

At this early juncture, the crucial game could be the middle contest against the English women although that could change in the year ahead.

“I think PNG will present just as much a challenge as England,” Ravens head coach Mike Castle told Rugby League Planet. “PNG beat England recently and have improved a lot since the last World Cup.

“The opportunity to play England at Anfield is an event I know everyone involved will be looking forward to. Being a doubleheader with a men’s quarterfinal will mean England will have a big crowd cheering them on.

“I’m certainly not discounting what Brazil could bring to the tournament. They’re in the same position as we were in 2017 as the newcomers. We surprised a lot of people by making the semifinal.

“All in all, I think this could be a really tightly contested pool.”