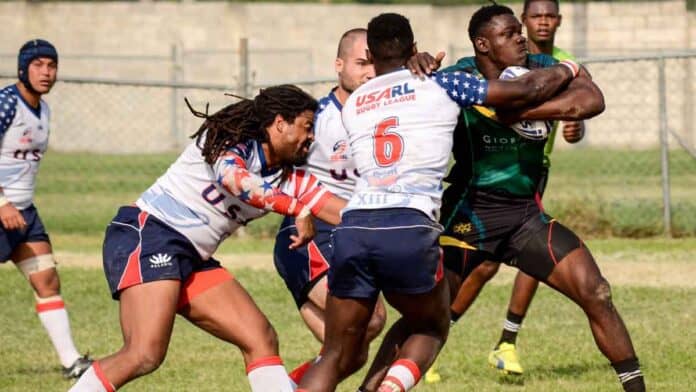 Despite the global pandemic forcing rugby league to grind to a halt in most parts of the world, Jamaican officials are using this time to improve off-field planning and strategies for their national teams.

The Jamaica Rugby League Association (JRLA) is looking to improve in terms of identifying the right personnel to fill key roles with each of the national teams.

“There is still a very remote possibility of international games being played on the field for either or both male and females, but those are becoming increasingly unlikely as the pandemic worsens,” JRLA director of rugby Romeo Monteith told Rugby League Planet.

The Hurricanes had been scheduled to play the USA South All-Stars in May, the Reggae Warriors had matches planned in the UK in June and October, while the men’s and women’s teams were to feature in the Americas Championship to be hosted in Jamaica for the first time in November, however, COVID-19 has since put paid to all those plans.

Even so, players in Jamaica are doing a lot of individual home workout sessions, plus there are organized sessions being run on Zoom by trainer Khamisi McKain which all domestic national players have access to.

“The UK-based players are all signed to semi-pro and professional clubs and so they are staying in shape as best as they can,” said Monteith.

“We all know that nothing prepares a player for contact, like contact, so that’s one of the biggest areas of concern for players. That affects team chemistry, as well as our ability to see players and raise sponsorship etc., however, every country is facing the same challenges, so we just have to adapt and move on.”

Currently, there is no domestic activity although there is still some hope that conditions will improve to the point where the National Club Championship (NCC) can begin during this calendar year, as well as the Division 2 competition.

Monteith says the JRLA is awaiting instructions from the country’s Sports Ministry regarding when they can return to training and playing as a sport, but in the meantime, the national governing body also has one eye on 2021.

It is hoped that the women’s team will see some action in both 9s and 13s next year and there are tentative plans for them to play a game in the UK, as well as take part in the Americas Championship.

“Similarly, we are hoping for a series of games for the men’s team, both in the America’s Championship and a few games in the UK to get us sharp for the World Cup,” added Monteith.

“I know Roy [Calvert] as head coach of the Hurricanes will be keen to get a game or two for them and we will be looking at how to best achieve this.

“We definitely want to pursue the opportunity to play the USA South All-Stars just the same, we just have to see how the logistics and finances look.”