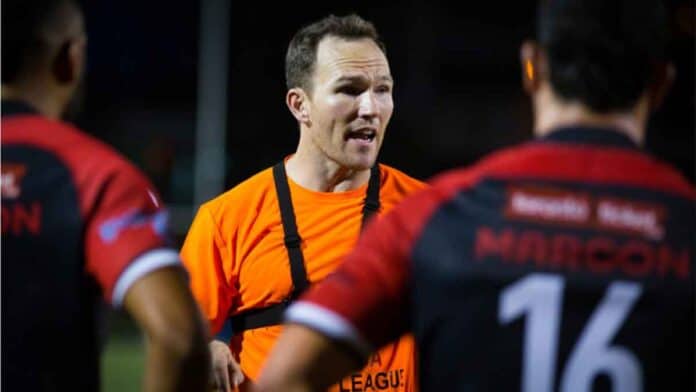 The Canada Rugby League Association (CRLA) has a big job on its hands in its search for a new head coach for the men’s national team, the Wolverines, with a huge number of candidates applying for the position.

“We received 25 applications in total and the nominations committee have prepared a shortlist of 10,” CRLA president Bob Jowett told Rugby League Planet. “It is likely the process will take a little longer than originally envisaged.”

When the CRLA initially advertised the position in mid-May, it expected that it might be close to settling on a head coach by the end of June, however, in light of the very high number of candidates applying for the job, that timetable has been pushed back.

“These ten have been asked a series of follow-up questions, on receipt of all answers, there will be a further review. The intention at present is to get down to two to three applicants who would then be invited to a remote interview,” said Jowett.

According to the Canadian Rugby League chief, the job opening has attracted applicants from the world’s top three ranked countries, as well as domestically.

“I can say that we have received several outstanding applications from around the world including Australia, New Zealand, the UK, and Canada – getting down to two to three candidates might be very difficult.

“It wouldn’t surprise me if we end up interviewing as many as five candidates as first round marking was very tight at the top.

“This is clearly good news as the chosen candidate will undoubtedly be of very high quality.”

The coaching position became vacant when the Wolverines’ head coach, Australian Ben Fleming, finished his three-year term with the national team. Fleming stepped into the role in March 2017.

New Zealander Jamie Lester had been the previous head coach after taking over from Canadian-Australian Aaron Zimmerle who had guided the Wolverines, including at the 2015 Rugby League World Cup qualifying series in Florida.