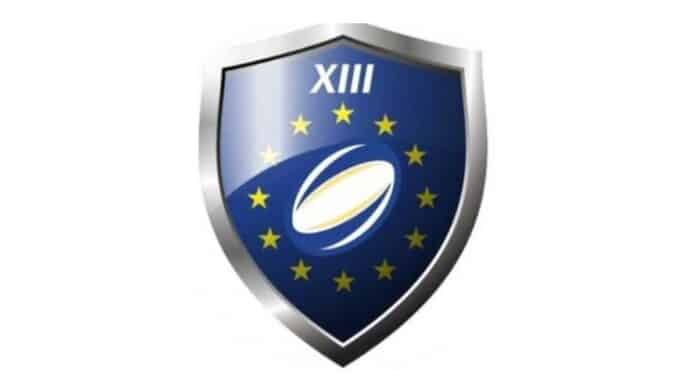 If you are a regular user of social media the chances are probably pretty good that you would be aware of a new rugby league movement in Europe.

Called Euro XIIIs, the backers have unveiled bold plans to start up a competition consisting of teams from right across Europe.

The plan is to kick off a 16-team knockout Cup competition next year followed by a full-on league in 2022. The Cup competition is scheduled to be played in February and March 2021, prior to the start of the domestic European club season.

In the last month or so, Euro XIIIs have been announcing the names of clubs to become part of their competition including teams in England, Ireland, Sweden and Turkey among others.

The organisers are adamant that the new league will get off the ground in 2021 as they have the financial backing necessary to ensure it does. They have the combined backing of private sponsors and governments in various European countries.

There are three main driving forces behind Euro XIIIs, one of whom is Dean Buchan from Valencia Huracanes in Spain. He says one of the innovations they have come up with is a draft system which is based on drafts used by all the major professional sports leagues in the US and Canada including the NFL, NHL, CFL and so on.

It is designed to offer parity to all 16 incoming teams as some will be stronger than others depending on the relative strength of leagues in their countries of origin.

In an exclusive interview with Rugby League Planet, Buchan said the draft will be held on December 1 in a variety of locations around the world and there will be 56 picks in total. Among cities named so far to host drafts are Brisbane, Atlanta, Birmingham and Lignano, Italy. More will be added in coming weeks.

Leading up to that date, a series of what North American pro sports refer to as combines will be held throughout the northern autumn. That is where players will go through a series of physical tests to gauge their strength, speed, agility and so on.

Buchan says the main goal is to develop European players, but in order to do so while also avoiding blowouts, they will need to balance rosters with experienced players from elsewhere and that’s the rationale behind the draft.

“There is a heavy focus in Euro XIIIs on domestic players,” Buchan said. “And the reason for that is because national teams have overused the heritage system.

“European teams use heritage players at an international level, which robs domestic players of the chance to develop and play at that level. So, we will limit our teams to having two non-domestic players on their team plus their draft picks.”

Each team will be ranked from strongest to weakest. The top four teams will get two draft picks, teams #5 to #8 will get three, teams #9 to #12 will have four and the four weakest teams will get five picks.

Drafted players will start training with their clubs two or three weeks before the Cup competition kicks off next northern winter.

Buchan says one of the benefits of the draft is that domestic players will be able to train with more experienced draft players which will assist their development.

“What that does is it levels the playing field a little bit, so we don’t have 100-0 scorelines,” Buchan continued. “Those kinds of scores do nothing for rugby league, they actually destroy it.”

He says having combines on different continents is being done deliberately because he believes there are good rugby league players in America, Europe, Australia and England who are of a higher calibre than community level European standards.

In order for players to prove they deserve to be included in the draft they will need to showcase their abilities at the combines.

“The drafts are in strategic locations,” added Buchan. “Atlanta’s the #1 airport in the world and is very accessible for people all over North America. Birmingham is in the centre of the UK and Lignano is in northern Italy next to Croatia, Serbia, Austria and Slovenia.

“It’s not difficult to understand why we’re picking these locations. It’s not because we believe that Birmingham is a hotbed of elite athletes, it’s because it’s a strategic location.”

Buchan rejects suggestions that having a draft is Americanising the sport.

Euro XIIIs revealed their plans earlier this year at around the same time that the Rugby League European Federation (RLEF) announced plans for its own professional league to start in 2022, although Buchan says as yet, no plans have been made available to clubs or RLEF members.

Initially, that was a point of consternation, however, representatives from both sides met in late May.

Following that meeting the RLEF issued a short statement which read in part: “We held a positive meeting, enabling greater understanding of the respective plans and objectives for European club rugby league competition.”

On that, Buchan says they have an open dialogue discussing the various aspects of the Euro XIIIs competition. He says the reality is that Euro XIIIs have a competition ready for 2021 and they have investors and government support.

He says the whole point of Euro XIIIs is to offer opportunities for domestic players, which then strengthens domestic leagues and leads to increased participation and fan support through more exposure.