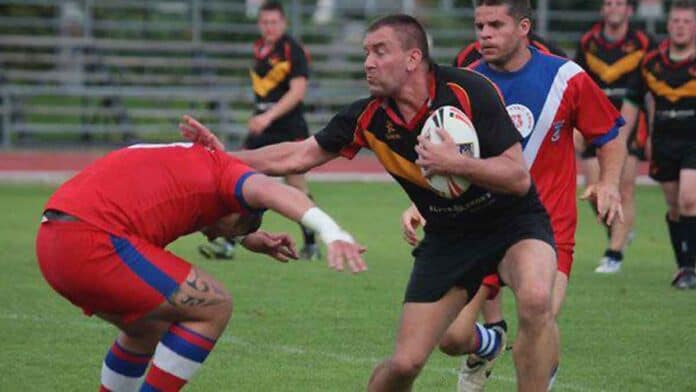 The Rugby League European Federation has been desperately saddened to hear of the passing of German rugby league founder, player, coach and former president Simon Cooper, after his long, brave and determined battle with aggressive blood cancer Myeloma.

Cooper, whose father was born in Hamburg, moved to Munich in 2003 and oversaw the founding of Nationaler Rugby League Deutschland, the rise of the international side – for whom he gained 13 caps – and the setting up of the domestic BundesLeague, having the Cooper Cup established in recognition of his contribution. His persuasive powers saw current Brisbane Broncos head coach Anthony Siebold and the Keinhorst brothers play for the national side.

Last month, the Board of Nationaler Rugby League Deutschland e.V. inaugurated a Hall of Fame with Cooper the first included, NRLD president Bob Doughton saying: “There was no doubt who the first inductee should be; Simon Cooper, the man who started rugby league in Germany.”

In his final interview Cooper says, poignantly: “Life is sometimes like a match, it’s a challenge. My advice to anyone trying to get the sport going in unfamiliar territory is, ‘don’t give up’. Just try and get a game on, enjoy it, build it brick-by-brick and see where you go.”

RLEF board member Graeme Thompson paid tribute to Cooper’s contribution to the sport. “On behalf of the RLEF, I express our sorrow at hearing of Simon’s passing. I extend our deepest condolences to his family, friends and the NRLD. Simon was the founding figure of German rugby league and it was so good to hear of that journey again when he did a recent podcast with me. His legacy will live on through the continued work of his successors in Germany.”

“His energy, sacrifice, enthusiasm and commitment was there for all to see, he wore his heart on his sleeve and nobody could have asked for more as he went about his plan gathering other likeminded people around him. He displayed everything on his journey; pride in his national shirt, honesty, dignity and integrity – he truly embraced all that is good about the game of rugby league – he was one of a kind. My thoughts are with his daughter, wife and those closest to him. I have lost a friend as has the wider rugby league community.” 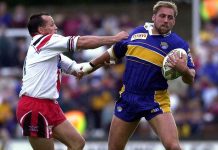