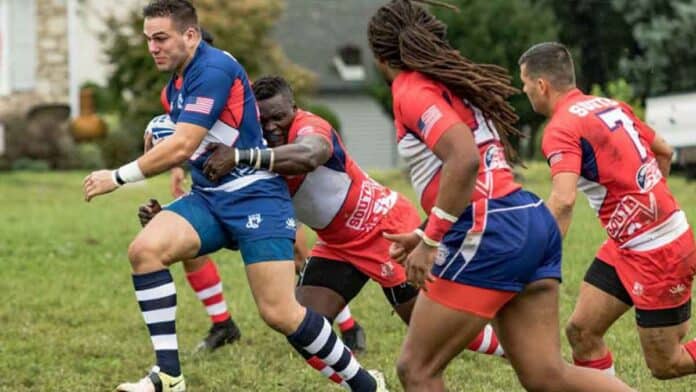 The USA’s domestic rugby league competition should have been well and truly underway by now, but instead it has been shelved for 2020 because of the global coronavirus pandemic.

The season was supposed to have kicked off with an inaugural representative match in early May between the USA Rugby League (USARL) South All-Stars and the recently rebranded Jamaica Hurricanes. The Jamaican team, formerly known as Jamaica A, is part of the pathway for domestic players to make their way to the full Reggae Warriors squad.

That preseason game was planned to usher in the start of the USARL club competition later in May, however, the season was suspended in early April due to the outbreak of COVID-19.

There is still a very slim chance that the season could be resurrected, although that will largely depend on when sporting grounds are reopened by various state governors and it would of course be an abbreviated season at best.

On top of that, the International Rugby League (IRL) scrapped all test matches, while the Rugby League European Federation (RLEF) has since canned this year’s Americas Championship. What it all means is that for all intents and purposes there will be no rugby league in America from the domestic club level all the way up to the national team the Hawks.

So, how regressive will the coronavirus effects be on the continued development of rugby league in America? Well, according to USARL Inc chair Peter Illfield, this will be more of a temporary setback than anything else.

“The USARL are confident that rugby league in the USA will resume to a healthy level once COVID-19 is under control,” he told Rugby League Planet. “Our business has been interrupted in the same way many others have been in the US.

“The USARL will work hard to reinstate a robust competition once it is safe to do so. Regions like the northeast and southeast are planning to conduct local 9s tournaments to continue activities.”

Illfield goes on to say that USARL players and fans have been stimulated recently with the NRL being accessible on TV in the USA.

As well, he says the USARL is discussing its international agenda with both the RLEF and IRL and is planning to be ready when the time comes.

Despite all the doom and gloom, USA Hawks head coach Sean Rutgerson is optimistic that there could still be some rugby league played in America.

“It won’t be a full comp, but we are in the process of organising etc, and as soon as we are allowed, we will get some games going,” he said. “Most teams have said they are willing and ready when given the go ahead.

“California Rugby League still want to get a game going, hopefully an East vs West at some stage, and we are also looking forward to going to Samoa for the world 9s later in the year.”

Rutgerson is also the head coach of the Jacksonville Axemen, a past national champion team in the USARL’s South Conference.

He says right now his focus is on getting his players into the gym to work out and finding a field to train on. Some Axemen players are doing some running and skills on their own and he hopes to start official training soon.

“I just hope the other teams, especially in the South, are the same,” added Rutgerson. “As for up north, they are in a totally different situation and will just have to wait till they are given the green light.”

As the numbers of coronavirus cases continue their up and down rollercoaster ride in the US, particularly in some southern and western states, exactly when and how rugby league will be able to resume some form of normalcy is unclear.

However, coach Rutgerson is very much of the opinion that COVID-19 will not leave a permanent regressive imprint on the game.

“The game will survive here,” he added. “Yes, it’s a setback, but given everything the players give up and the cost they incur to play, it shows great commitment every year so this is just another small hurdle for them.”