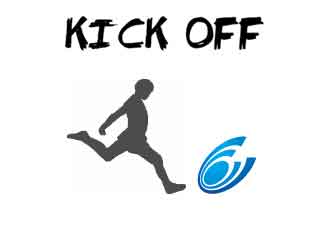 The National Rugby League (NRL) is famous far beyond Australia. It is widely regarded as the best rugby league competition in the world, so who are the players you should watch out for based on their start to the 2020 season?

West Tigers wing David Nofoaluma currently tops the try charts in the NRL with six crossings after the opening four matches. Born in Newcastle, New South Wales but with Samoan heritage, he has been a prolific scorer for the Western Sydney club since his first-team debut in 2013.

Given his great try record with the Tigers, it’s surprising that Nofoaluma hasn’t had more international recognition. He has played just twice for Samoa but, if he keeps his fine form at club level up, he will surely be part of their plans for the 2021 Rugby League World Cup.

Parramatta Eels can thank the boot of halfback Mitchell Moses at least in part for their lofty perch atop the NRL standings after four matches. In an early-season clash with the Gold Coast Titans, he kicked nine goals and scored a try.

All-action displays like that have put Lebanon international Moses top of the goal kicking stats. With players like him in their ranks, it’s no wonder the Eels have had their NRL odds on bet365 of winning the Grand Final cut to 5.50 as of June 11th.

Playing on the wing isn’t just about scoring tries as Canberra Raiders’ Nick Cotric has demonstrated quite aptly this season. Before you can even think about crossing the all-important in goal area line, you have to ride a tackle or two.

Cotric, who like Moses and Nofoaluma is a New South Wales native with foreign (in his case Serbian) heritage, has broken 36 tackles already this season. It takes real tenacity to shrug off challenges like that time and again, especially as the season goes on.

Penrith Panthers hooker Apisai Koroisau has put a real shift in on the tackling front during the early matches of the NRL campaign. The Fiji international has made 207 challenges – an average of almost 54 per game played so far.

Talk about getting stuck in. Koroisau is pretty handy at a standoff as well, so this talented player is definitely one to keep an eye on now he’s back with the Panthers for a second spell following four seasons with the Manly Warringah Sea Eagles.

Newcastle Knights are the top scorers in the early part of the NRL campaign with 110 points in total. The offloads of forward David Klemmer have been key in their unbeaten start (three wins and a draw) to the season.

He’s laid the ball off to Knights teammates on 14 occasions already. Klemmer, who has 19 Kangaroos caps and played 14 times for NSW in the State of Origin series, plays as both a prop and at lock, earning his nickname of “Klemanator” while at the Canterbury Bulldogs.