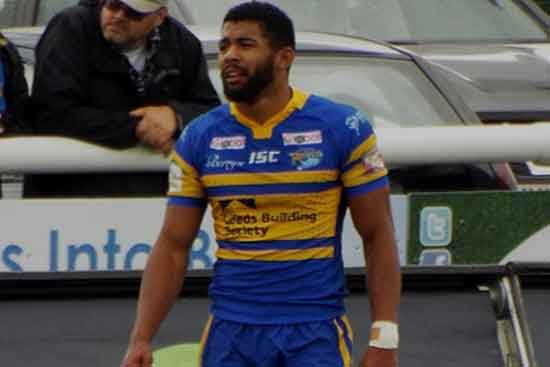 It seems as though there’s only one rugby league club has been making headlines in recent months.

The latest chapter in the miraculous story of Toronto Wolfpack is their prospective signing of former Leeds Rhinos captain Kallum Watkins.

The England centre was released from his contact with Australian NRL side Gold Coast Titans this spring and returned home. Brian McDermott, Watkins’ old head coach at Headingley, wasted little time in linking up with him again, however.

Although the move Down Under left a lot to be desired for a player with three winning starts in Super League Grand Finals to his name, failing to settle in Australia does not mean Watkins is a spent force. When last playing under McDermott, he was part of the historic treble-winning Rhinos vintage of 2015.

That is the calibre of player we are talking about with Watkins. He is still only 29 and, on his Leeds form, averaged just better than a try every other game. On international duty, Watkins played at and was named in the Team of the Tournament for the 2017 Rugby League World Cup.

It was a fourth major competition with England. If he is to win his international place back, then helping the Wolfpack in their inaugural Super League campaign is the way to go about it.

Despite other high-profile investments in their squad, Toronto occupy a similar outsiders spot in the rugby betting on Super League to Watkins’ now former NRL side the Titans. Statement signings don’t necessarily make into a cohesive team, especially when individuals have personal goals.

“I haven’t played for England since the 2017 World Cup,” Watkins told the British tabloids. “I feel I have to earn my spot… [and] be playing at my best.”

England’s next set of international fixtures are a three-match home Test series against Australia in the autumn. This Ashes equivalent in rugby league could be particularly poignant for Watkins because, as the above quotes suggest, he feels that he has a point to prove.

A combination of homesickness and injury restricted him to just eight NRL appearances for Gold Coast. To Titans fans Watkins was a flop, so – if back in contention for a place in the national side – he will be desperate to put that behind him and show he still has plenty to offer on the pitch.

Watkins will be playing with international cross-codes rugby star Sonny Bill Williams in midfield for the Wolfpack. A teammate of such stature as a former All Black who has done it all in union and is now back playing league will surely help to elevate his game.

There is competition for places among the Toronto backs, however. France rugby league international Tony Gigot was another coup capture for McDermott from Catalans Dragons, while Samoa’s Ricky Leutele and New Zealander Chase Stanley are among other centre options.

Watkins will be hoping that the upward curve on which the Wolfpack have been on with their rapid rise into Super League can rub off on him as he once again rebuilds his rugby career.