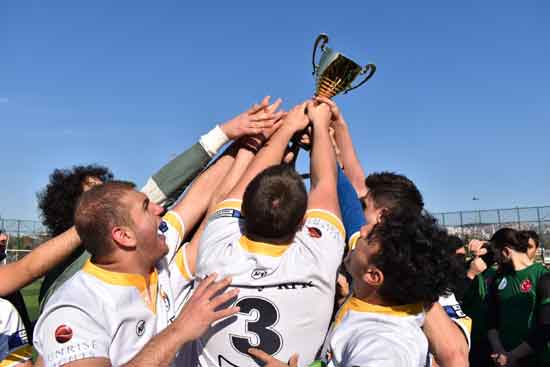 Undefeated Kadikoy Bulls’ 26-22 victory over Kandira in Turkey Rugby League’s inaugural U18 Grand Final is another significant milestone in the sport’s international development.

Following the establishment of men’s, women’s and beach rugby league competitions in the country in recent years, the governing body has just overseen the completion a four-team junior championship which also involved Aqua Warriors RC and Buffalos RC.

TRLA president Gurol Yildiz said: “Launching an U18 competition for 2019-20 was an amazing achievement for our local clubs. We had great demand from our upcoming youth, especially after competing against Ukraine in our first U19s European Championship play-off last August. This gave hope and excitement to them.

“In its first season, Kadikoy Bulls became champions by winning all six games, Kandira RL showed great potential for the future and Buffalos RL and Aqua Warriors RL helped make history. Buffalo RL is also an accredited child protection agency team, whom we have all worked together on developing and everyone is extremely proud of.”

Yildiz added: “As an organisation we continue to look forward. We are working closely with the RLEF’s regional director Jovan Vujosevic in developing a Balkan 9s club championship to be held in Istanbul this July and continuing to grow rugby league within all regions of Turkey and expand the existing competitions.

“TRLA has an eight team men’s competition in two divisions of four, a four team women’s league and over 25 sides competing in Beach Rugby League. The support and sponsorship locally and from Australia has been tremendous, our management team in Australia has played a huge role in our development.

“Participating for the first time in the Men’s European Championship D is a huge boost to the organisation and given us a lot of belief. We are looking forward in playing our first-ever games against the Netherlands and hoping to draw a good crowd in Rotterdam on 17 October and back in Istanbul a week later.

RLEF General Manager Chris Thair noted: “Turkey’s story is a remarkable one and, as ever, it is due to the commitment of very highly skilled and experienced people such as Julien Treu, Gurol Yildiz and others living in Turkey who want to make a difference.

“As a G20 nation and Turkey’s location on the cusp between Europe and Asia and so close to the Middle East and North Africa, means they are ideally placed to be an important hub for the international game. Their inaugural junior season is a significant milestone in Turkey’s quest to become a full member of the RLEF and IRL.”