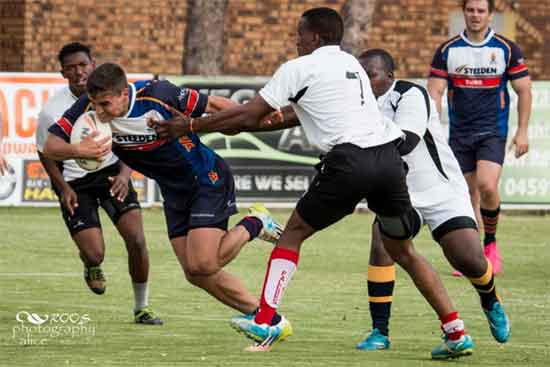 Hosts South Africa, plan to showcase their domestic talent when they hold the 2020 Middle East Africa Championship against established nation Lebanon, defending champions Nigeria and 2019 runners up Morocco later in the year.

Esjé Esterhuyse, a rising rugby league star in the country, who made his senior international Rhinos debut against the Cook Islands last June is one such prospect. “I have never been so excited about a tournament, and the whole group will be doing all they can to lift the trophy,” he said. “The sport is becoming much more professional in South Africa and we hope to see that filtering through on the field”.

Esterhuyse, who has just turned 21, is a key member of the TuksRL Reds team that beat the Bears in the SARL domestic club final last month. A strong, deceptive runner, he first started playing the sport at the University of Pretoria and quickly gained selection for the national U19s team, which included a fixture against the touring Australia Universities team.

The 2020 men’s MEA Championship will be hosted at the Tuks Stadium in Pretoria with a double header semi finals day on 13th October, which will see Nigeria play Lebanon and South Africa stage an inaugural encounter with Morocco.

The two winners will face off in the decider on 17th October, with the 3rd place play-off game taking place beforehand.