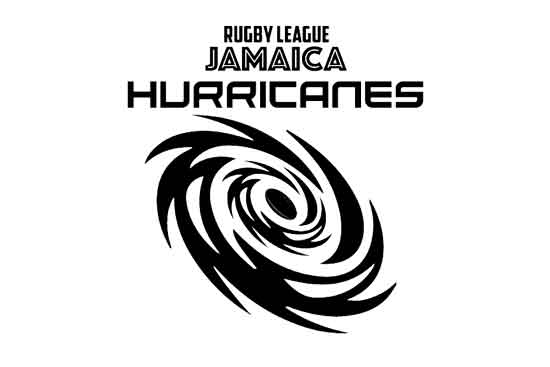 The Jamaica Rugby League Association today announced the rebranding of the domestic ‘Jamaica A’ team to become the Jamaica Hurricanes.

Using a name that some will be familiar with is the latest step of Jamaica Rugby League Association in creating meaningful pathways for domestic athletes to audition for the full national squad, the Reggae Warriors.

There was an original Hurricanes Jamaica initiative established years ago to provide local players with a pathway to play in more evolved leagues in the USA, however, due to the recent surge in Jamaican Rugby League activity on the island and the inherent costs for such a venture, that plan was shelved years ago. Instead Jamaica has focused on building the National Club Championship (NCC) and Parish of Residence (POR) Series as elite level competitions.

The Jamaica “A” team has traditionally been made up of the best domestic based players who play matches against touring club or representative teams. The team has previously toured the United Kingdom in 2010, and will play as Jamaica Hurricanes for the first time when they face the USARL South All Stars rugby league team on May 9th in Lakeland, Orlando. Their last outing as Jamaica “A” was a fiercely contested match against England Lionhearts at the UWI Bowl in Kingston, when they went down 12-32.

The team will have its own logo and have inked a new team wear partnership with Stag Sportswear in the UK.

Our partnership with Stag Sportswear shows that there is an appetite from the international business community to support our domestic based team, and we hope to welcome some new Jamaican based exporting companies before taking off to the USA in May.”

Reggae Warriors Lead coach (and founder of the original Hurricanes), Roy Calvert, has been named as Head Coach of the Jamaica Hurricanes. Calvert said:

“I’m delighted to see the rebirth of the Hurricanes name in a meaningful and important way. The original Hurricanes were always designed to give Jamaican based talent a chance to test themselves against new and more elite opponents, so the best Jamaican players will once again gather under the Hurricanes banner to take on the best domestic talent in the Southern USA. I expect many of our Hurricanes to make the full Reggae Warriors squad in this year’s Americas Championships.”

“Stag Sportswear is delighted to extend our partnership with Rugby League Jamaica. Following our fanwear range from 2019, our supply of on field wear for the Jamaica Hurricanes is a perfect opportunity to bring the Stag brand, and our quality products to wider markets.”

The release of the Hurricanes new look playing kit is scheduled for the coming weeks alongside a range of 2020 fanwear.

You can find out more by visiting www.rljam.com