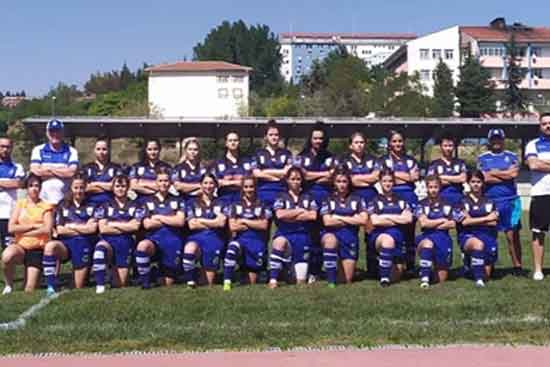 The Greece Women’s side will play their second international, and first at home, against Serbia in Larisa on 11th April. Their inaugural Test match was in Edirne, Turkey last September.

The squad will principally be selected from the two active teams currently playing – Aris Eagles and Patras Panthers – although Athens Raiders are in the process of starting a side and will be ready to play their first friendly match soon.

Greece Women’s head coach Jim Minadakis – who has also been in charge of the Aris men’s side since 2013 – commented:  “We are looking forward to a tough match against the Serbians. At club level, we faced Red Star Belgrade in May last year and we have seen their talent first-hand. I also want to thank Serbia for offering to travel down to Greece and make it easier for us to play this match.”

Serbian RL official Zeljko Delic added: “We believe that the women’s game is crucial for development of rugby league in the Balkans. Since its inception, we have had much more visibility and support locally. I believe we can incorporate a women’s element to the Balkan Super League and, perhaps, the next step should be expanding the concept to 9s, with teams playing an annual tournament in a different country every year.”